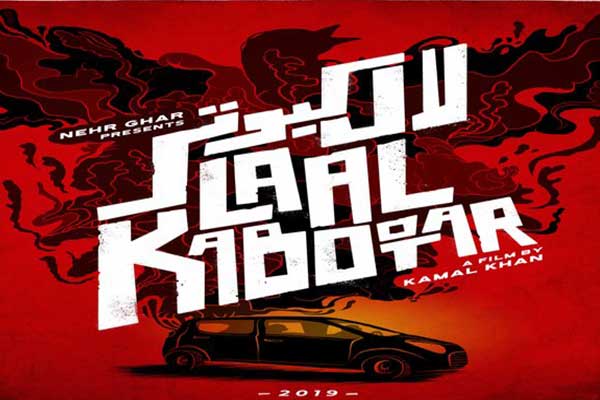 Young, ebullient and very involved, producer duo Hania Chima and Kamil Chima were practically running Laal Kabootar’s media junket. Usually, these junkets are held at fancy restaurants, which have sponsored the film. This one was at held at the 14th floor of a high rise in Clifton, Karachi. From the windows, you could get the view of the city in all its chaos and glory. That seemed like the most pertinent point to start this interview.

– Do you consider going in a completely new direction a risk. A dark and gritty film about the streets of Karachi, hasn’t been done before?

Hania Chima: It is a risk. In fact any film you make is a risk. Whether it is a big banner film with super stars or be it in any industry, any film is a risk.

Kamil Chima: Without risk, what is the fun?

– Given that this a new genre for Pakistani cinema, were there points when you thought, this would be too much and held back or did you just go all out?

Hania: Look, we were very clear headed in our approach from the start that this is a commercial film. That was taken into consideration during the film but we didn’t want to compromise on the story. Things don’t have to be clichéd to be entertaining. It’s a different story and its treatment was done with consideration that we want this film to entertain the audience.

Kamil: If you start compromising your story, then the audience can tell that we are being manipulated here. What we have tried to do is, create an entertaining film while staying within the confines of this story.

– Have you seen Na Maloom Afrad one and Parchi? These films wanted to show this gangster world but took a very different approach. Na Maloom was fairly rooted to Karachi, while Parchi a lot of language, storylines could be derived to Karachi but it was a new universe. If Na Maloom is one end of the spectrum and Parchi the other, where would you place your film?

Hania Chima: I have seen both and I think, our film is perhaps even rooted to Karachi than Na Maloom Afrad. Like perhaps it would define an extreme. It’s a story from the streets of Karachi. We see things which are rooted and are perhaps unique to Karachi. The emotion is perhaps universal but the circumstances is very much part of Karachi.  Abbas Ali Naqvi’s screen play focuses on character development and uses the city as a character in the film.

Kamil Chima: That is a good way to put it.

– What about censor issues? You have been asked to take out the word condom from the dialogues. So when in making the film, was it a consideration?

Kamil: 1st of all, censor has passed it for unrestricted audience. Also, we didn’t include galiyan just for the sake of it. We weren’t aiming to make it, grotesques. Primarily when it was felt that this dialogue or this scene requires it, we have gone with it. Plus, we have to consider that the world we have shot this film in, what kind of language is used there. We knew from the get go that we might have to bleep them out. It is an easy process and people also get the emotion of the scene even with the bleep. Also, the audience can imagine things for themselves. May be we have used a something small and audience can well, let’s just say make their own interpretations.

Hania Chima: There was Azaadi to actors that if they feel that it is required for the scene. Apart from that there isn’t much that could have worried the censor board.

– The trailer is been widely praised for its pacing. Do we expect the same from the film?

KC: For the trailer, there was a focus on character development, and then it complicates itself and finally it ends with a burst. The movie, follows a similar pattern. I’d say we are putting an audience in a gunjal (a knot or a gridlock), initially it will look like there is no way out but when you finally get out, with a burst there is relief. So, yes trailer is similar to the film.

HC: While making the trailer, we didn’t want to reveal everything. We wanted to people to see the film to find out what story we are trying to tell.

– Mansa Pasha, Ahmed Ali Akbar and Rashid Farooqui, these are not A list stars at least at the moment. Was this on purpose to keep the focus on the story?

– 2 films on a single day? Despite the ban on Indian films why don’t we see single releases?

HC: For a film maker I think it is a smart move to release with another film especially now with the Bollywood ban. The thing there is this culture of going to cinemas and watching Bollywood films. Now with that gone for the minute, I don’t think it is fair to expect one film to bring the audiences to the cinema. The thing is, you don’t just want slots. Even if you get half the slots and audiences respond that is good enough.

KC: 2 films I think it’s advantageous, 3 films can probably supress one of three. But two films creates a larger pie. Then perhaps both films can help each other.

The film releases on 22nd March. If not for anything, the brother, sister duo along with the whole team deserves credit for branching out and going for a new and different story. In times where cinemas are in dire straits thanks to Indian movies not releasing in Pakistan, Laal Kabootar brings a new hope. The Anurag Kashyap brand of cinema has come to Pakistan. Under the banner of Nehar Ghar, Hania Chima and Kamil Chima as producers are very much at the forefront of it. 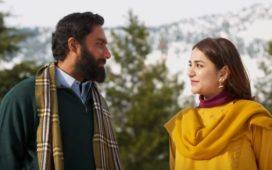 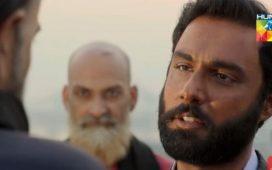 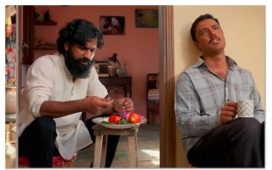 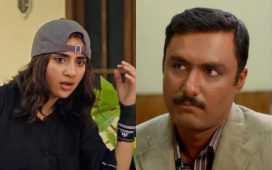