She was the first woman to assume these positions, and has spoken publicly about challenges and social barriers. 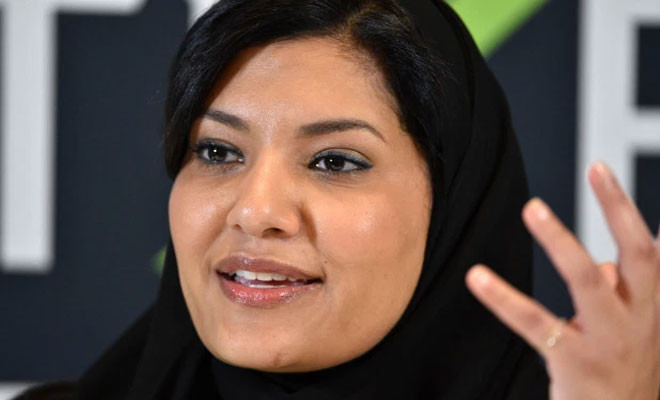 Saudi Arabia has appointed Princess Reema Bint Bandar as its diplomatic representative to the United States – the first female ambassador in the history of the Kingdom.

In a series of royal decrees issued by Saudi Arabia late on Saturday, Riyadh named its current envoy to Washington, Prince Khalid bin Salman, as deputy minister of defense with the ranking of minister. Another decision allocated a bonus of a months salary to soldiers fighting to the south at Saudi Arabia’s border with Yemen.

Princess Reema’s appointment marks the first ambassadorship for a Saudi woman. She is familiar with US politics and society, having lived in Washington when her father Prince Bandar was ambassador (1983-2005), and studied at US universities.

The Princess comes from an entrepreneurial background, and has chaired and co-founded a series of initiatives since she returned to Saudi Arabia in 2005. She currently serves as president of the mass participation federation and deputy of development and planning for the Saudi sports authority.

She was the first woman to assume these positions, and has spoken publicly about challenges and social barriers she had defied on a regular basis to perform in these jobs.

Princess Reema also co-founded Yibreen, a women’s day gym and spa, and was a former executive at Alfa International and Harvey Nichols in Riyadh.

The new ambassador visited Washington last year and spoke extensively at research institutes and think tanks about the need to integrate Saudi women fully into the workforce. She is diplomatic, fluent in English and Arabic, knows the US political scene and is expected to take up the position soon.