Uderzo was born in France in April 1927. He produced the cartoons alongside author René Goscinny, until Goscinny's death in 1977. 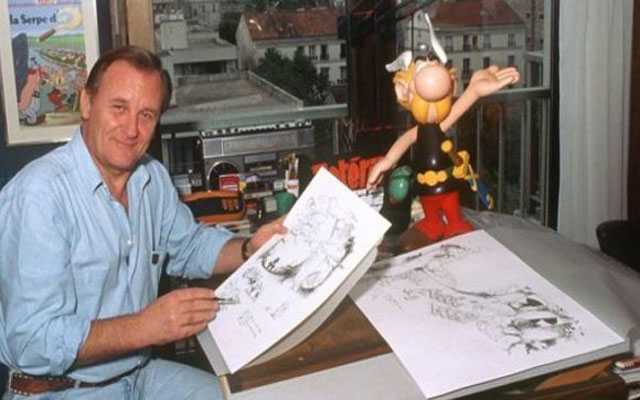 Albert Uderzo, the co-creator and illustrator of the “Asterix” comic book series, has died at the age of 92, spokesman for his publisher Editions Albert Rene said.

The enormously popular comic, read worldwide, follows the adventures of Gaulish warriors and their antics against Roman adversaries. They were published for the first time in francophone Pilote magazine in 1959.

Uderzo was born in France in April 1927. He produced the cartoons alongside author René Goscinny, until Goscinny’s death in 1977.

The cartoons, which feature golden-haired moustachioed Asterix and his friend Obelix, have been translated into more than 100 languages and dialects.

The official Asterix and Obelix Facebook page posted a picture of Uderzo on Tuesday.

“Albert Uderzo died in his sleep at his home in Neuilly, after a heart attack that was not linked to the coronavirus. He had been extremely tired for the past several weeks,” his son-in-law Bernard de Choisy told AFP.