Google dedicates its doodle to Mohammad Hanif on his 84th birthday 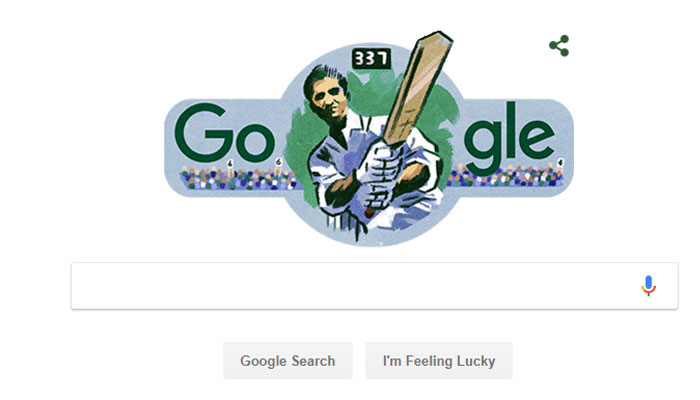 “Hanif and his record-breaking athleticism are even credited with helping popularize cricket in Pakistan,” Google wrote, dedicating today’s doodle to Hanif Mohammad.

Born in Junagadh, India on this day in 1934, Hanif Mohammad was a cricket enthusiast since birth. Over his international and domestic cricket career, Hanif was considered one of the best batsmen ever to play the sport. The Little Master even surpassed the great Don Bradman’s record for the highest individual innings.