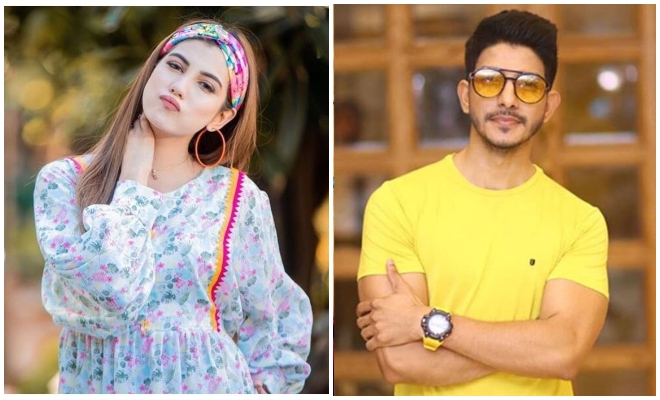 Recently news started making rounds that Mohsin Abbas Haider was ready to tie the knot with alleged girlfriend Nazish Jehangir. It all started when Jehangir was found commenting on a fan art that stated Mohsin and herself as the best couple soon. Following the comment and Mohsin Abbas Haider liking the comment, it was being speculated that the two were ready to take the next step.

However, in a recent interview with a daily, Mohsin Abbas Haider rubbished rumors of marrying Jehangir anytime soon. He also stated that people were fast to spread fake news and he would let everybody know when and if he was ready to marry the second time.

Maintaining the same stance, Nazish Jehangir too, took to her social media to state how bloggers were fast to spread fake news rubbishing marriage rumors to Haider.

“It’s quite easy to buy bloggers nowadays and make fake news viral but no one would post news that is actually true. Bloggers are all about money and that’s very disappointing in a way as it’s a matter of someone’s respect and personal life,” wrote Nazish on her Instagram.