Priyanka Chopra is barely there in the Isn’t It Romantic trailer!

Blink and you'll miss her! 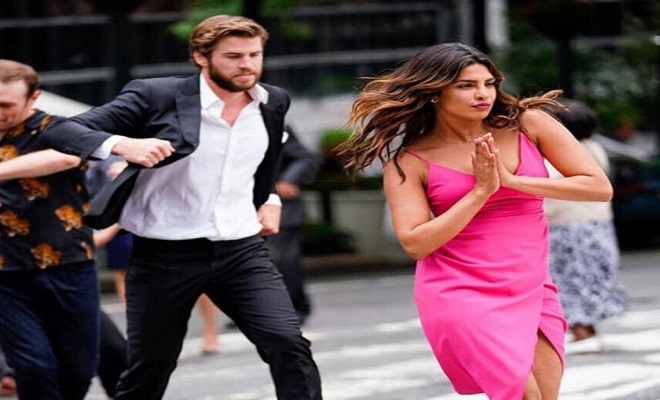 The film just dropped its trailer and from the looks of it, the film seems rather fun. Slated to release on February 14th, Isn’t It Romantic, seems like the kind of movie you can enjoy with a bunch of your female friends.

Rebel Wilson plays a woman whose life has taken a huge turn and become a stereotypical romantic comedy. But she isn’t happy about it. Even with Liam Hemsworth as her love interest, the woman can’t wrap her head around whats going on.

While Rebel and Liam get fair screen space, Priyanka Chopra is seen in bits and pieces. Blink and you’ll miss her appearance. From the trailer, its evident that Chopra plays Adam Devine’s love interested but we’d definitely want to see more of her in the film.