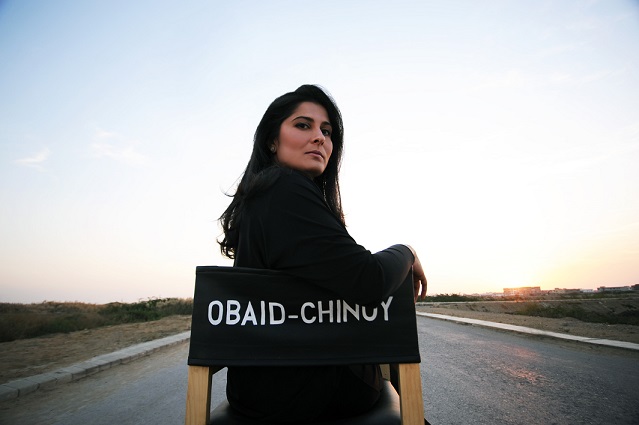 Two-time Academy Award-winning film-maker, journalist and activist Sharmeen Obaid-Chinoy has once again made Pakistan proud by winning the prestigious 2018 Eliasson Global Leadership Prize. She is the first Pakistani to win the honour.

The filmmaker has been elected from among 825 nominees from 130 countries and dozens of different occupations, positions, and causes. The jury commended her more insistent and effective leadership not only in changing minds through her filmmaking but also in working to change realities that should be unacceptable in the 21st century.

“I am honored to receive the Eliasson Global Leadership Prize at a time when holding up a mirror to society comes with a heavy price. With colleagues being jailed and killed around the world for simply speaking the truth, we need to have the courage to persevere. I remain committed to telling difficult stories in the hope that the conversations they spark will change the way we all see the world,” stated Sharmeen Obaid-Chinoy on winning the Eliasson Global Leadership Prize.

Other than Sharmeen Obaid Chinoy, the 2018 laureates include, Rafael Yuste and Imam Omar Kobine Layama.

“These leaders, working in very different contexts, share a common commitment: to make the world less what it is and at least a little more like what it should be,” said Alan Stoga, Tällberg Foundation chairman. “Taken together, we view this as an incredibly positive and powerful statement about the kinds of leadership we need in the world today,” he continued