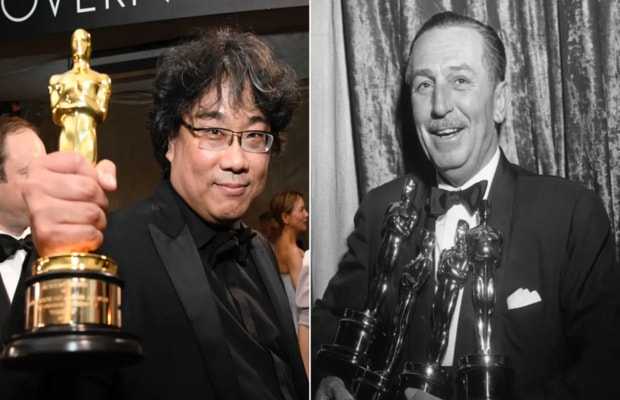 Parasite, South Korean flick has created history at this year’s Oscars by winning both the Best Picture and Best international awards.

Film director, Bong Joon Ho has also tied the record of winning the most Oscars in one night. 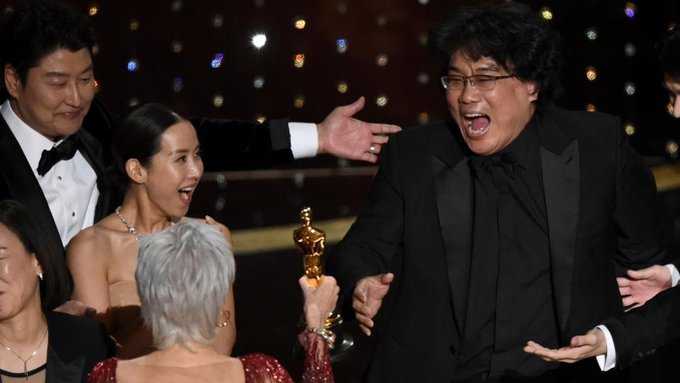 Bong Joon-ho’s ‘Parasite’ is the 1st foreign language film to win the best picture at the 92nd Oscars—making history, and also it has paved the way for the recognition of all foreign films’ potential in the Hollywood industry.

After 65 years, Mr. Bong now matches the record set by Walt Disney in 1954 for most Oscars won in a single night by one person.

With the latest honour, Bong also becomes the ninth director born outside the US to win the best director in the past decade, meanwhile, he and Taika Waititi (who won best-adapted screenplay for “Jojo Rabbit”) became the first pair of writers of color to win the two screenplay awards.

Congratulations to 'Parasite's director Bong JoonHo, its producers and cast for winning 4 Oscars out of 6 nominations:

At this year’s Oscars film “Parasite” directed by Boog first won the best original screenplay, which was written by Bong and Han Jin Won.

This is the first Oscar won by a South Korean film, and also the first one for Bong as well.

tweet
Share on FacebookShare on TwitterShare on PinterestShare on Reddit
Saman SiddiquiFebruary 11, 2020
the authorSaman Siddiqui
Saman Siddiqui, A freelance journalist with a Master’s Degree in Mass Communication and MS in Peace and Conflict Studies. Associated with the media industry since 2006. Experience in various capacities including Program Host, Researcher, News Producer, Documentary Making, Voice Over, Content Writing Copy Editing, and Blogging, and currently associated with OyeYeah since 2018, working as an Editor.
All posts bySaman Siddiqui