The CFA said that cinemas will be required to follow the “precise and scientific implementation of prevention and control measures.” 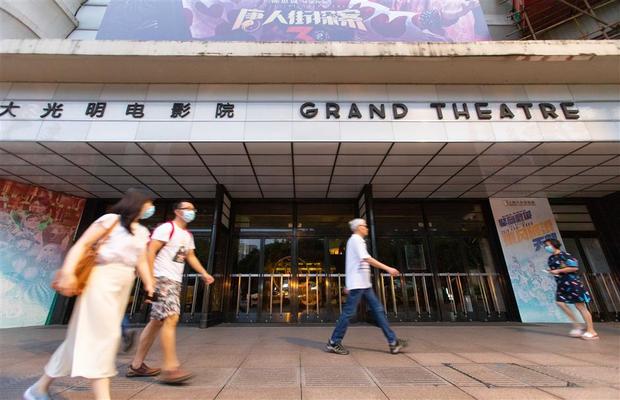 Cinemas in low-risk regions can resume business in an orderly manner on July 20, The administration - OyeYeah News
0Share
91Views

China is all set to reopen its cinemas that have been closed since January 23rd  in response to the coronavirus pandemic.

The China Film Administration (CFA) announced on Thursday that the country will begin reopening cinemas in “low-risk regions” from July 20, ending nearly six months of closures that left thousands of theaters bankrupt.

The administration in a statement posted to its official website, said, “Cinemas in low-risk regions can resume business in an orderly manner on July 20, with the effective implementation of prevention and control measures. Mid- and high-risk regions must temporarily remain closed,”

“Once low-risk regions become designated as mid- or high-risk regions, they must strictly implement epidemic prevention and control measures…[and] cinemas must close again in a timely fashion in accordance with requirements”, it added.

The CFA  in a four-page document of specific guidelines and safety measures also elaborated that the attendance of each screening will be capped at 30%, and the overall number of screenings per venue must be reduced to “half their number in a normal period.”

Furthermore, each film screening may not exceed two hours in length, it said — without providing further detail as to what this might mean for longer films.

“Film screening venues will not sell snacks and beverages, and eating and drinking in the screening rooms is prohibited,” it added.

The SOPs for the reopening of cinemas include: