The Winners at the Britian’s Bafta Awards

Gary Oldman's turn as Churchill in "Darkest Hour" has so far won him a Golden Globe, a BAFTA and the chances are fair for an Oscar on March 4 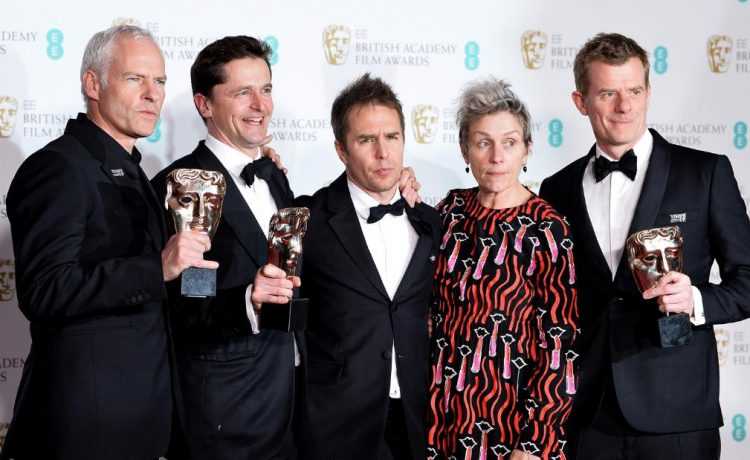 The 71st British Academy Film Awards, commonly known as the BAFTAs, were held on 18 February 2018 at the Royal Albert Hall in London, honoring the best national and foreign films of 2017. With an emotionally charged ceremony that featured fashion and rhetoric in support of the fight against sexual harassment sweeping Hollywood.

In his acceptance speech, Martin McDonagh, writer and director of “Three Billboards”, said “Our film is a hopeful one in lots of ways but it’s also an angry one”.

“The Shape of Water” came away with only three awards which was the most heavily nominated film of the night with 12 nods, including best director for Guillermo Del Toro, while “Darkest Hour” claimed two prizes, including for Gary Oldman as best actor.

Leading Actor winner Gary Oldman thanks Sir Winston Churchill for his BAFTA, “In those dark, uncertain days in 1940, he held the line for honour, for integrity and freedom for his nation and the world, and so I thank you, Sir Winston.”

Darkest Hour won for the BAFTA for Makeup & Hair, Gary Oldman’s turn as Churchill in “Darkest Hour” has so far won him a Golden Globe, a BAFTA and the chances are fair for an Oscar on March 4.

Dunkirk won the BAFTA for the best Sound

Stars arrived dressed in black in solidarity with the #MeToo and “Time’s up” campaigns, copying the recent American red carpets including last month’s Golden Globes. There was little surprise when the Duchess of Cambridge chose to wear a dark green dress, as she accompanied husband Prince William, president of Bafta. As British royals avoid making overtly political statements or gestures, experts pointed out that royals only wear black at funerals, and supporting the cause would be a breach of protocol.

tweet
Share on FacebookShare on TwitterShare on PinterestShare on Reddit
Saman SiddiquiFebruary 21, 2018
the authorSaman Siddiqui
Saman Siddiqui, A freelance journalist with a Master’s Degree in Mass Communication and MS in Peace and Conflict Studies. Associated with the media industry since 2006. Experience in various capacities including Program Host, Researcher, News Producer, Documentary Making, Voice Over, Content Writing Copy Editing, and Blogging, and currently associated with OyeYeah since 2018, working as an Editor.
All posts bySaman Siddiqui