Dubai police said those arrested over the 'indecent' video had been referred to the public prosecution. 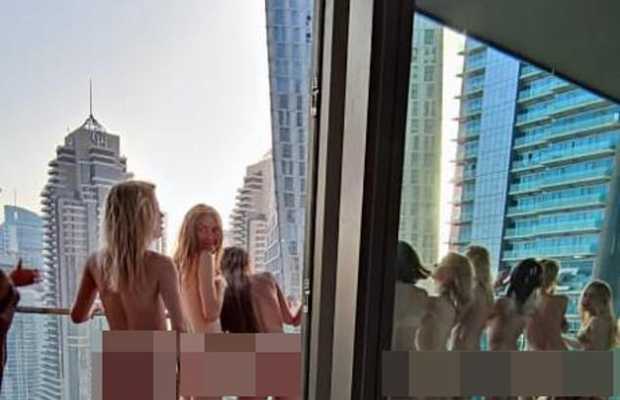 Around 40 female models have been arrested in Dubai for posing naked on a balcony. These models are reported to be involved in a project which has caused a major upset in Dubai.

As being reported are all models in their teens and 20s hailing from  Ukraine, Russia, Belarus, and Moldova, were detained for flouting public decency law, and each could face six months in prison and £1,000 fines.

While a man identified by the Moscow media as Alexey Kontsov, 33, a Russian citizen, has also been detained and named as an organizer of the ‘lewd’ shoot on a balcony in the United Arab Emirates.

According to the media reports, the naked shoot was part of a publicity stunt for an Israeli version of an unidentified US adult website.

The development comes after videos and photographs featuring over a dozen naked women lined up on a balcony while being filmed in Dubai’s upmarket Marina neighbourhood in daylight started to circulate on social media. 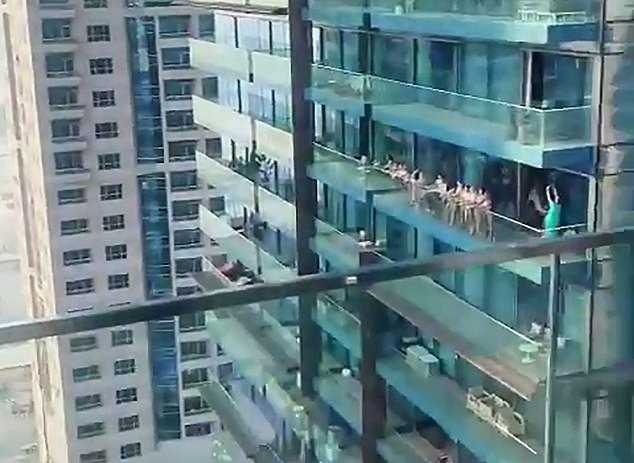 As being reported, all the identified Ukrainian models had posted videos or images from Dubai on their social media.

Russian online news outlet Mash reports that the photoshoot also included the daughter of a Russian businessman and former banker.

While other models were also identified from their respective social media accounts.

Dubai police have confirmed the arrested over the ‘indecent’ video had been referred to the public prosecution.

The violations of the public decency laws, including for nudity and other ‘lewd behaviour’, carry penalties of up to six months in prison and a 5,000 dirham (£983) fine in the UAE.

Dubai police in a statement said  that ‘Such unacceptable behaviours do not reflect the values and ethics of Emirati society.’