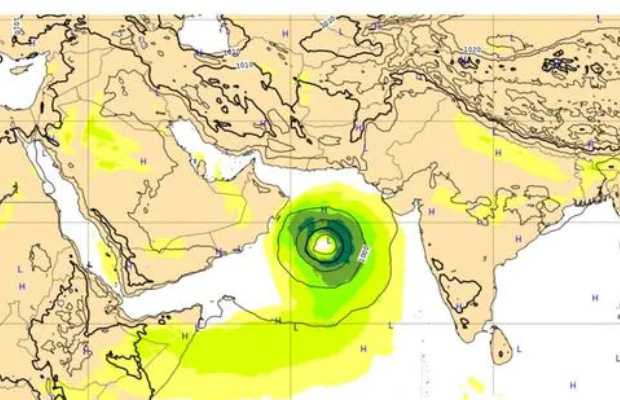 A tropical cyclone likely to form in the Arabian Sea from 14th, warns The Met Office.

This will be the first tropical cyclone of 2021.

It will be called Tauktae meaning gecko (named by Myanmar).

In a forecast issued on Thursday, the Met Office said that the formation of a tropical cyclone in the Arabian Sea from May 14.

“Presently, none of Pakistan’s coastal areas is under any threat,” it said.

“There are strong convective clouds lying over the South/Southeast Arabian Sea which consequently may lead to the formation of a low-pressure area over there by 14 May morning,” it added.

The cyclone system is very likely to strengthen into a tropical cyclone by May 16 because of favourable environmental conditions.

However, the Met office in an advisory warned the Fishermen of Sindh to remain alert and avoid going into the deep sea from May 14 onwards.