According to railway sources, several passengers were injured when the bogies derailed. 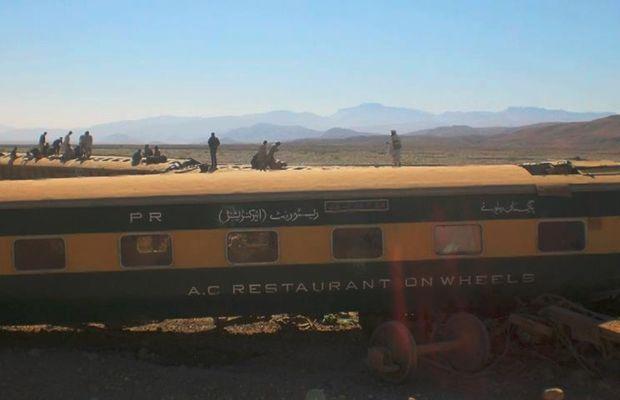 Five people were injured in an explosion near a railway track according to the initial reports.

As being reported, three bogies of Jaffar Express derailed due to an explosion on railway lines near Mushkaf.

The train was en route to Rawalpindi from Quetta.

According to railway sources, an explosive device exploded on the railway line at Mushkaf in Bolan, as a result of which 3 bogies of Jaffar Express from Quetta to Rawalpindi derailed.

According to the initial reports, the explosive material placed on the railway track exploded.

Reportedly the security personnel and rescue teams have arrived at the scene and launched the operation to clear the track.

tweet
Share on FacebookShare on TwitterShare on PinterestShare on Reddit
Saman SiddiquiJanuary 18, 2022
the authorSaman Siddiqui
Saman Siddiqui, A freelance journalist with a Master’s Degree in Mass Communication and MS in Peace and Conflict Studies. Associated with the media industry since 2006. Experience in various capacities including Program Host, Researcher, News Producer, Documentary Making, Voice Over, Content Writing Copy Editing, and Blogging, and currently associated with OyeYeah since 2018, working as an Editor.
All posts bySaman Siddiqui