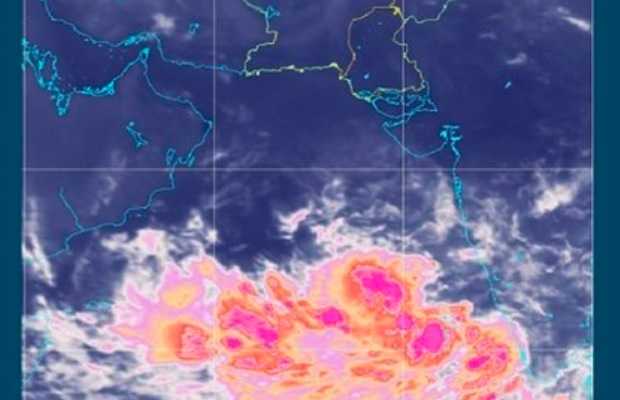 A cyclone emergency has been declared by the government of Sindh in districts along the coastal belt amid cyclone Tauktae.

Sindh Chief Minister Syed Murad Ali Shah announced the decision on Saturday after presiding a meeting at the CM House.

“A control room should be established at the chief secretary’s office to keep close coordination with all the districts, in respect of their requirements and giving them necessary instruction on behalf of the government,” he said.

The Cyclone Tauktae “is likely to intensify further” during the next 18-24 hours, warns Pakistan Meteorological Department in its latest advisory issued on Saturday night.

Dust/thunderstorm-rains with isolated moderate to heavy rainfall and gusty winds of 40-60 kmph are also likely in Karachi, Hyderabad, Jamshoro, and Shaheed-Benazirabad, between May 18 and 20, said Met department.

In an advisory posted on its website, PMD said that Tauktae may transform into a Very Severe Cyclonic Storm (VSCS) during the next 18-24 hours.

The cyclone is expected to move further in the northwest direction and reach Indian Gujarat by the afternoon/evening of May 18.

Met said that the cyclonic storm has tracked northwestward at a speed of 18km and at 2100 PST it lay centered near latitude 14.5N and longitude 72.8E, at a distance of about 1,310km south-southeast of Karachi.

“Maximum sustained winds around the system centre are 100-120 kmph gusting to 140 kmph,” the advisory added.

While based on the existing meteorological conditions, dust/thunderstorm-rain with a few incidences of moderate to heavy rainfall with gusty winds of 60-80 Kmph are likely to occur in Thatta, Sujawal, Badin, Tharparker, Mirpurkhas, Umerkot, and Sanghar districts between May 17 and 20.

Furthermore, owing to the rain forecast, the Civil Aviation Authority has also issued a “high alert” at the Jinnah International Airport Karachi.

An official circular issued has directed the concerned departments to ensure small fixed-winged aircraft and rotary-winged helicopters are properly weighed down with additional weights.

While some aircraft be taken inside hangars for parking so they stay protected from strong winds.

The CAA notification said that steps have been taken to ensure safety during air travel.

tweet
Share on FacebookShare on TwitterShare on PinterestShare on Reddit
Saman SiddiquiMay 16, 2021
the authorSaman Siddiqui
Saman Siddiqui, A freelance journalist with a Master’s Degree in Mass Communication and MS in Peace and Conflict Studies. Associated with the media industry since 2006. Experience in various capacities including Program Host, Researcher, News Producer, Documentary Making, Voice Over, Content Writing Copy Editing, and Blogging, and currently associated with OyeYeah since 2018, working as an Editor.
All posts bySaman Siddiqui