The Deputy Commissioner Malir has been requested to make adequate arrangements on an emergency basis in the vicinity of the Jinnah International Airport, Karachi 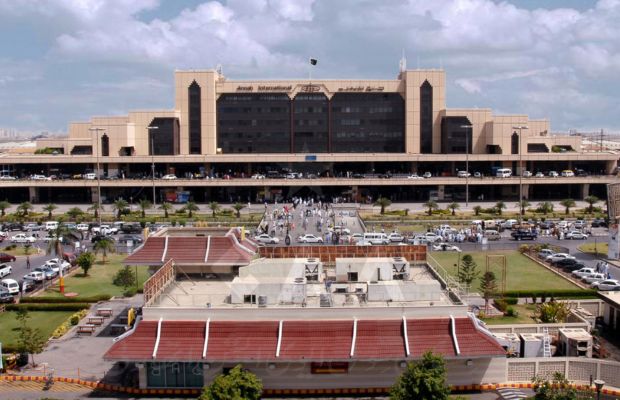 Around 4000 evacuees from Afghanistan to land in Karachi in the next three to four days amid US withdrawal.

The administration of the metropolis has been directed to make arrangements for the accommodation of Afghan nationals and foreigners being evacuated from Afghanistan in the wake of the security situation following the Taliban takeover of the country.

The decision was taken at a meeting on Aug 26 at 5 Corps headquarters with “chief of staff” in the chair, according to the commissioner’s office.

An official notification in this regard dated 26 Aug, stated to make arrangements for evacuees in the vicinity of the Jinnah International Airport, according to the commissioner’s office.

“The Deputy Commissioner Malir is requested to make adequate arrangements on an emergency basis in the vicinity of the Jinnah International Airport, Karachi for the boarding, lodging, transport, and security of Afghan nationals and foreigners arriving at Karachi airport for transit purposes in coordination with Provincial Disaster Management Authority and law enforcing agencies,” the notification read. 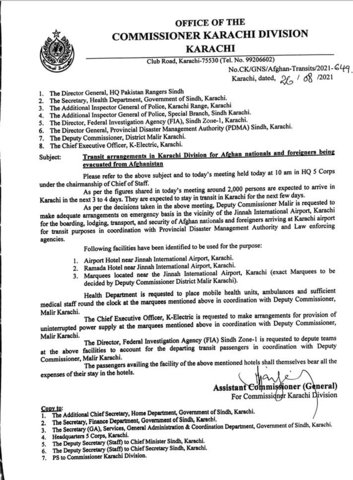 Pakistan has decided to give transit visas to foreigners who are coming from Kabul, Afghanistan, and make arrangements to ease their stay in the country, after the twin bomb blasts at the Kabul airport on Thursday (August 26).