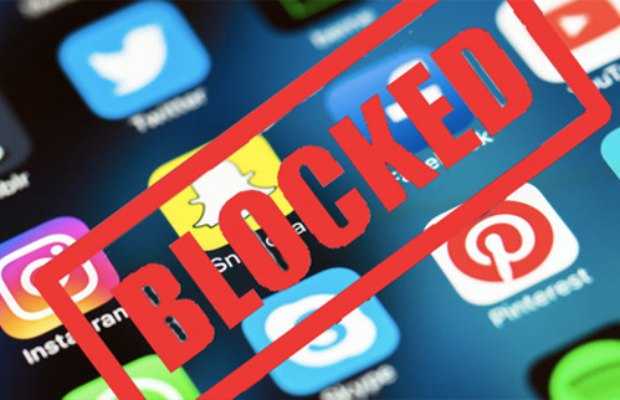 The government of Pakistan has partially banned social media across the country from 11 a.m. to 3 p.m. today.

The Pakistan Telecommunications Authority (PTA) has closed social media platforms across the country for four hours today on the instructions of the Interior Ministry.

Social media users across the country have lost access to social media sites since the government’s decision.

However, the interior ministry has not notified the reason for the suspension.

The development comes after several days of unrest in the country due to protests by the recently proscribed Tehreek-i-Labbaik Pakistan (TLP). 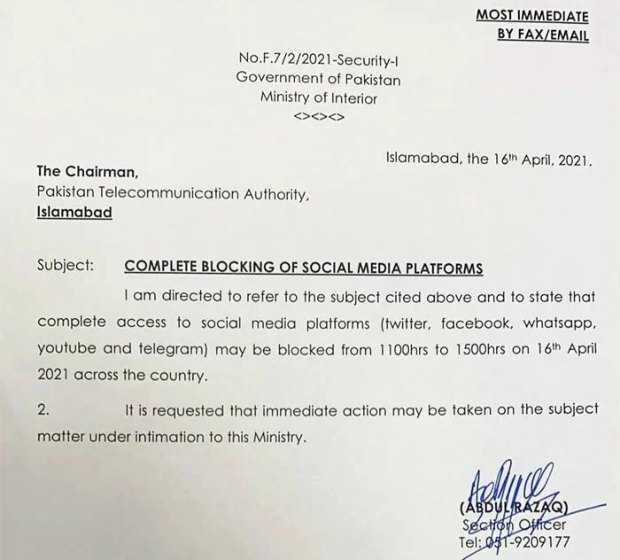 The PTA in an official statement said: “In order to maintain public order and safety, access to certain social media applications has been restricted temporarily.”

Following the interior ministry’s directives, Nayatel — an internet service provider — said in a message to its customers that social media platforms had been blocked on the directions of the PTA.