The outgoing US President Donald Trump will not attend his successor's inauguration. 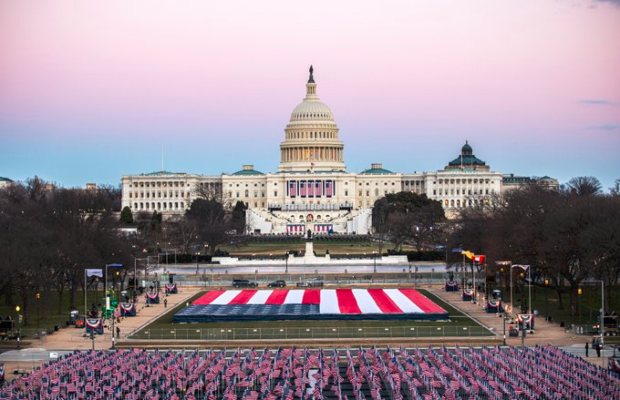 Joe Biden is to be sworn in as 46th US president on January 20, 2021. Alongside him Vice-President-elect Kamala Harris will take the oath of office – the first woman to hold that position.

Ahead of the inauguration ceremony, the US capital city of Washington DC seems to be like a military zone as Some 25,000 troops have been placed to guard the event after a deadly riot at the Capitol earlier this month.

Furthermore due to security concerns, the FBI and US military have been vetting all the thousands of National Guard troops who are stationed in Washington to provide security.

As being reported, as a result, of vetting 12 guards have been removed from their posts and sent home.

The outgoing US President Donald Trump will not attend his successor’s inauguration. By doing so he is going to be the only fourth president who did not attend the inauguration ceremony.

As being reported, President Trump is to host a farewell ceremony for himself at Andrews Air Force Base on Wednesday morning,

While the outgoing Vice-President Mike Pence will make it to the inauguration ceremony.

He has been lately tweeting farewell posts, however without any mention of Trump.

Thank you for the privilege of serving as your Vice President these past four years, it has been the greatest honor of my life. On behalf of our Wonderful Second Lady, Karen Pence, and our entire Family, Thank You and God Bless America. 🇺🇸 pic.twitter.com/chbcBfvmB9

While the inaugural celebrations happen to be comparatively muted this year, Lady Gaga is in Washington who will be singing the national anthem at the inauguration.

At the previous two inaugurations, Beyonce Knowles and Jackie Evancho in 2013 and 2017 respectively were given the task.

On Tuesday the pop star paid a visit to the Capitol to pray for “a day of peace for all Americans” under the building’s famous dome. 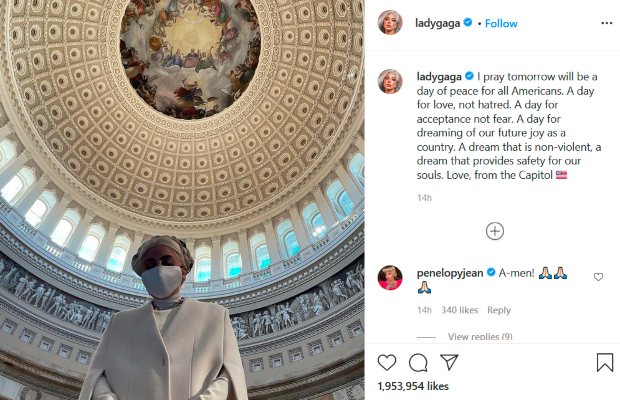