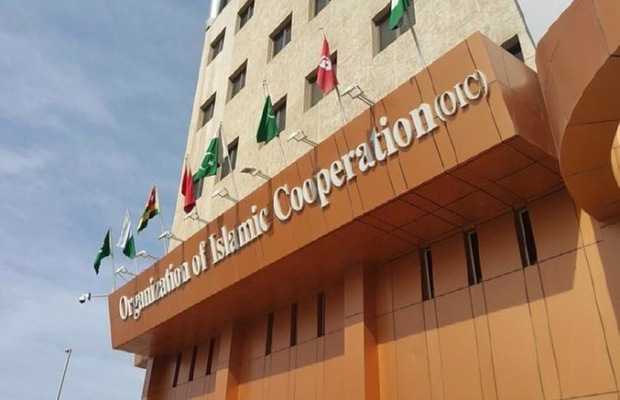 “Upon the request of the Kingdom of #SaudiArabia, chair of the Islamic Summit, the Organization of Islamic Cooperation (OIC) will on Sunday 16 May 2021 hold a virtual open-mended meeting of its Executive Committee at the level of foreign ministers to discuss the Israeli aggression in the Palestinian territory, particularly Al-Quds Al-Shareef, and its acts of violence in the vicinity of Al-Aqsa mosque.”, OIC tweeted.

to discuss the Israeli aggression in the Palestinian territory, particularly Al-Quds Al-Shareef, and its acts of violence in the vicinity of Al-Aqsa mosque. #Palestine #AlAqsaMosque

The death toll from Israel’s continuing offensive on Gaza has left 119 dead, including 35 children and 11 women, according to the Palestinian Health Ministry. While an additional 800 people have been injured.

The recent Israeli aggression has further strained hospitals already under heavy pressure during the COVID-19 pandemic.

Israel on Friday said that it sent ground forces into action and pounded Gaza in response to a new barrage of rocket fire from the Hamas-run enclave.

According to AFP photographers, in Gaza people were evacuating their homes in the northeastern part of the enclave ahead of possible Israeli attacks, with Hamas, the Islamist group that controls Gaza, warning of a “heavy response” to a possible ground incursion.

Meanwhile, the US blocked a public virtual meeting of the UN Security Council to address the escalating conflict in the Gaza Strip and Israel, diplomats familiar with the matter said on Thursday.

The open meeting was requested by China, Tunisia, and Norway to be held Friday, but the US said “an open meeting tomorrow will not support these de-escalatory efforts,” diplomats told this agency.

Instead, the US proposed an open debate on Tuesday, according to the diplomats who spoke on condition of anonymity.

Foreign Minister Shah Mahmood Qureshi on Thursday while talking to reporters after Eid prayers said that hat Pakistan and Turkey have decided to jointly move United Nations with consensus among Muslim ummah for an urgent meeting of the UN general assembly on the Palestine issue to stop the horrendous brutalities of the Israeli army targeting Palestinians.

Turkey and Pakistan have adopted a joint strategy to convene a ministerial-level meeting of the Organization of Islamic Cooperation (OIC) to develop consensus among the 57 Muslim countries to convene an urgent UNGA meeting on the Palestine issue, he added.