1,545 patients is stated to be critical condition. 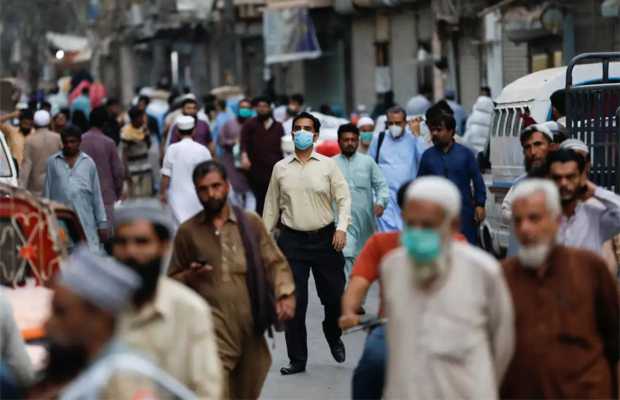 Pakistan reports 38 deaths and 1,714 new coronavirus cases from across the country on Saturday.

While the condition of 1,545 patients is stated to be critical.

According to the National Command and Operation Centre (NCOC), the number of active cases in the country has risen to 17,352. While the recovery ratio remained 94.8 percent.

During the last 24 hours, 38,200 tests were conducted nationwide.

According to the official Covid portal, Pakistan has reported 1,441 recoveries over the past 24 hours.

Pakistan’s total number of recoveries is now 558,210.  As per the data about 94.8 percent of Covid-19 patients have recovered.

Punjab on Saturday reported 913 new cases of COVID-19 and 24 death.

According to data shared by the spokesperson for the Punjab Primary and Secondary Healthcare Department (PP&SHD), the total number of coronavirus cases in the province has surged to 175,964.

As per details 538 new cases were reported in Lahore, nine in Sheikhupura, six in Nankana Sahib, 57 in Rawalpindi, one in Attock, 18 in Jehlum, 29 in Gujranwala, 12 in Mandi Bahauddin, five in Narowal, five in Hafizabad,19 in Sialkot,29 in Gujrat, 60 in Faisalabad, seven in Toba Tek Singh, four in Chineot, one in Jhang,16 in Sargodha,10 is Khoshab, six in Bhakkar, 36 in Multan, two in Vehari, two in Lodharan, one in Khanewal, one in Muzaffargarh, 11 in Bahawalpur, one in Bahawalnagar,18 in Rahimyar Khan, four in Okara, two in Pakpatan and three new cases were reported in Sahiwal.

Sindh on Saturday has reported 274 new cases of coronavirus, raising the provincial tally to 259,666 infections.

The Chief Minister’s Office in the daily situation report issued confirmed the deaths of 13 more patients.

The statement added that 10,591 tests were conducted in the last 24 hours.

The federally administered territories collectively reported 307 cases and three deaths on Saturday, according to government data.