Fifty eight people died over the past 24 hours, bringing the total death toll to 1,280. 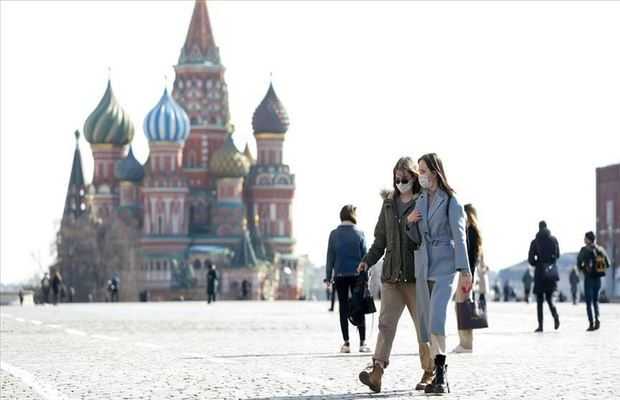 Russia recorded its highest daily rise in coronavirus cases with 10,633 new infections on Sunday, bringing the overall number of cases to 134,686, according to the authorities’ official website.

The nationwide death toll rose to 1,280 after 58 people died in the last 24 hours, according to Russia’s coronavirus crisis response center.

The Russian capital has emerged as the epicenter of the contagion, the two percent of Moscow residents — or more than 250,000 people — have the coronavirus, according to Moscow mayor Sergei Sobyanin.

He also added that Russian capital not yet past the peak of the outbreak.

Russia is now the European country registering the newest infections. However,  the official fatality rate is low in comparison to countries like Italy, Spain, and the United States.

Two days ago, Russian PM Mishustin tested positive for the virus and was admitted to the hospital after being diagnosed with coronavirus.

“I have just learned that the test on the coronavirus I took was positive,” the prime minister said during the video call.

tweet
Share on FacebookShare on TwitterShare on PinterestShare on Reddit
Saman SiddiquiMay 3, 2020
the authorSaman Siddiqui
Saman Siddiqui, A freelance journalist with a Master’s Degree in Mass Communication and MS in Peace and Conflict Studies. Associated with the media industry since 2006. Experience in various capacities including Program Host, Researcher, News Producer, Documentary Making, Voice Over, Content Writing Copy Editing, and Blogging, and currently associated with OyeYeah since 2018, working as an Editor.
All posts bySaman Siddiqui