The court has also directed the builder to bear expenses of pulling down the extra spaces occupied illegally. 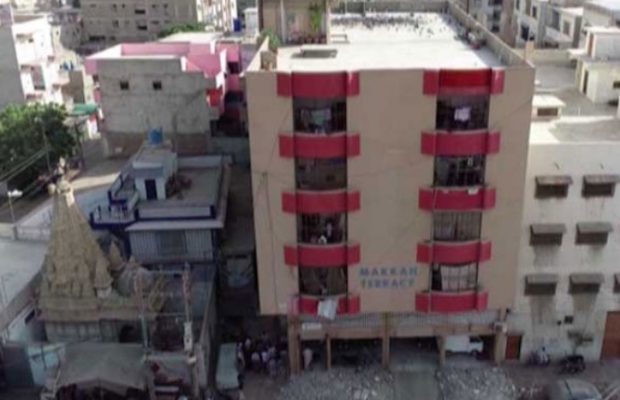 While ordering action against the four-story portion of Makkah Terrace, the court said that whatever is illegal should be demolished and a report should be submitted within a month.

Justice Rajpoot ordered to vacate the whole building and directed the builder to arrange for the residents’ substitute accommodation on rent within 15 days.

He directed the builder to pay the rent for himself.

The justice also directed the builder to bear the expenses of pulling down the extra spaces occupied illegally.

Following the orders of the SHC, the owner of Makkah Terrace has been booked on criminal charges.

The court adjourned the hearing till Wednesday.

During Monday’s hearing, Justice Zafar Rajput had remarked that the performance of Sindh Building Control Authority (SBCA) is zero, decisions are given but no action is being taken.

Justice Rajput asked the DG SCBA that how these buildings are being built?

“When the buildings are built, the officers are asleep. Tell me, what action has been taken against the responsible officers?” justice inquired.

Expressing anger, the SHC judge had remarked, “What! were you sleeping before?” You are standing here but your officers are not taking any action.

According to the prosecution, Muhammad Waseem, the owner of Makkah Terrace has been booked over violation of section 6 of the Sindh Building Control Authority (SBCA).

As being reported, the Sindh Building Control Authority (SBCA) had earlier halted the demolition operation at Makkah Terrace upon the resistance of the residents.

Earlier this week, the team had reached to raze the structure on the orders of SHCAs the SBCA team started to demolish a few parts of the building, the residents of the building came out of their houses and started raising slogans.