House passes resolution to transmit two articles of impeachment to Senate to kick off trial. 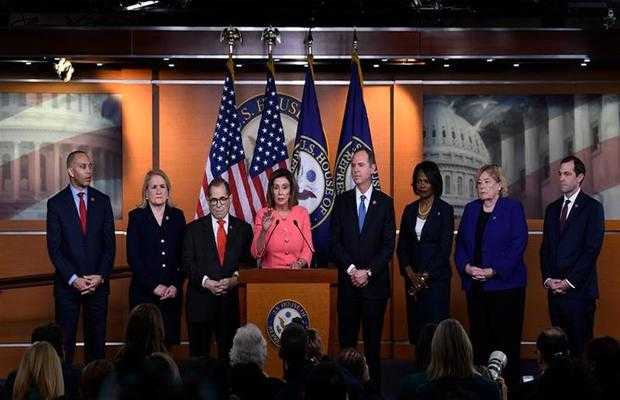 The House of Representatives on Wednesday has passed a resolution to transmit the two articles of impeachment against President Donald Trump to the Senate.

The resolution was passed largely along party lines by 228 votes to 193.

As being reported, it could take several days for the Senate to finalize the rules for Trump’s trial, which includes a discussion on potential witnesses.

Earlier on Wednesday, Nancy Patricia Pelosi, serving as Speaker of the United States House of Representatives announced the impeachment managers’ names, who will lead the prosecution against Trump in the Senate.

Sharing the managers’ list on twitter, Pelosi wrote, “The Managers of the impeachment trial of the President are public servants committed to protecting our Constitution – and have the litigation and courtroom experience necessary to execute this task. They will #DefendOurDemocracy.”

As being reported, Wednesday’s vote also follows a fierce fight between Democrats and Republicans in the upper chamber over the terms of Trump’s impeachment trial since the House voted last month to impeach the president, charging him with abuse of power and obstruction of Congress.

According to the New York Times, the House released new details about President Trump’s efforts to pressure Ukraine.

The two articles of impeachment against the POTUS relate to his efforts to solicit foreign interference in the 2020 election by strong-arming Ukraine into delivering political dirt on one of his 2020 rivals, former Vice President Joe Biden, while Trump withheld vital military aid and a White House meeting that Ukrainian President Volodymyr Zelensky desperately wanted.