"Even discussing politics or serious conflicts can be a red line," the CPJ quoted Abbas as saying. 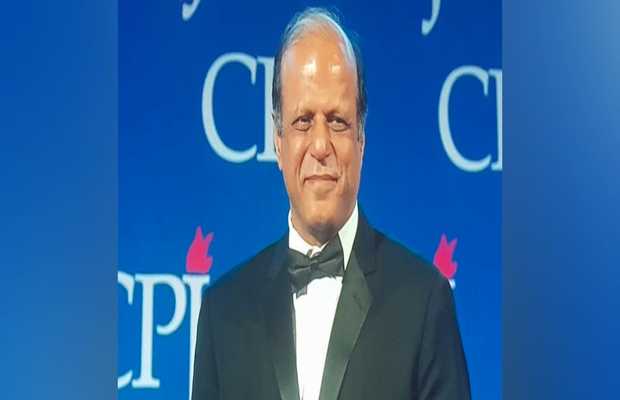 Zaffar Abbas, Editor Dawn has been awarded the 2019 Gwen Ifill Press Freedom Award by the Committee to Protect Journalists (CPJ) on Friday for his extraordinary and sustained achievement in the cause of press freedom.

Zaffar Abbas was presented with the award by American journalist Lester Holt at a ceremony held in New York.

While addressing the ceremony Zafar Abbas detailed his personal journey as a journalist and the challenges he had faced during his career. He also shared a brief account of the difficulties faced by the Dawn.

“I have spent almost 40 years trying to tell the truth. Surrender is not journalism, reporting the truth is,” he said.

CPJ announced Abbas as the recipient of the award in July. “Zaffar Abbas is the embodiment of journalistic courage, which is why the board is so pleased to honour him with the Gwen Ifill Press Freedom Award,” said Kathleen Carroll, chair of the CPJ board.

Zafar Abbas started his journalistic career in 1981 as a junior reporter for The Star, a Karachi-based newspaper. In 1988 he started working with the Herald magazine as an investigative journalist and later joined the BBC as the network’s Pakistan correspondent in 1992.

In 2006, he joined Dawn and covered the insurgency and civil war in Afghanistan during the Soviet occupation, post-9/11 events and their impact on the region which included the rise of religious extremism. He was named Dawn’s editor in 2010,

According to CPJ, the award, previously known as the Burton Benjamin Memorial Award, was renamed in 2017 to honour Gwen Ifill, a veteran journalist and former board member who died in 2016.

Notable recipients of the award include Alan Rusbridger, former editor-in-chief of The Guardian who was awarded in 2012, The Associated Press’s Kathy Gannon who was the recipient in 2015, and CNN’s Christiane Amanpour who received it in 2016.