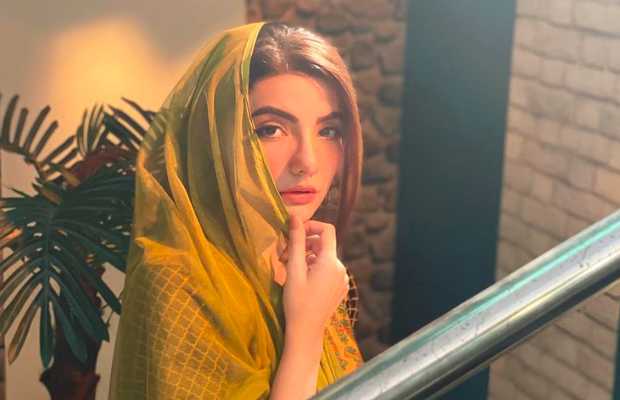 Model turned actress, Zainab Jamil has announced that she is leaving showbiz industry ‘to learn more about Islam’.

Taking it to social media, now the former starlet shared, “I proudly announce that I won’t be continuing my career as actor and mode”.

“Allah has chosen me to become a student of Quran and Hadees and learn more about our deen Islam,” she added in her Instagram post.

After the brief announcement, Zainab once again took to Instagram, to elaborate her decision.

“For those who are really concerned and have been asking me why did I take this decision at once, I really respect your concern that’s the reason I am posting one [story],” wrote Zainab in her Insta Story.

“I’m late I should have made this announcement a lot earlier but maybe I was not ready or I was in search of few answers actually now it’s been 3 years that I am studying Quran with Tafseer and I am not an easy student”, she continued.

“Thanks to my teachers for bearing with all my stupid questions and doubts which I had and bringing me to the point where I finally thought that I’m ready to take this very big step to announce that I am quitting the career which I thought I loved, whereas I did not because whenever I was on set working, I was not completely satisfied.”

“With all due respect to those who are working in this field, I am not hurting anyone’s feelings to work as an actor but we all are different so this is my different. And I really want to thank the producers and people whom I was in contract to work with and thank you all for understanding me and letting me drop the projects I signed,” she concluded her message. 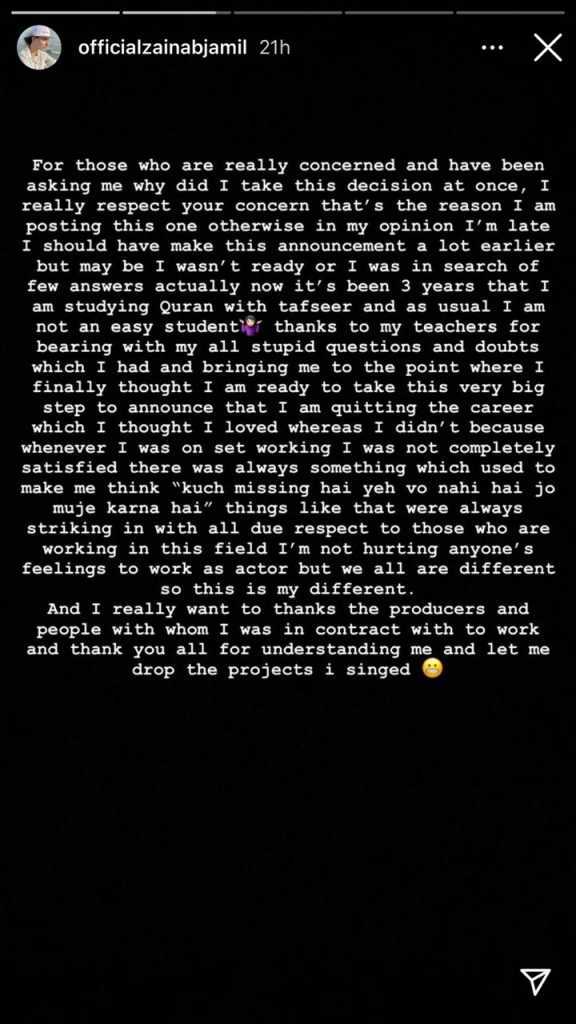 She also made an appearance in film Jawani Phir Nahi Ani in which she played Hamza Ali Abbasi’s love interest Charity.

tweet
Share on FacebookShare on TwitterShare on PinterestShare on Reddit
Saman SiddiquiDecember 8, 2020
the authorSaman Siddiqui
Saman Siddiqui, A freelance journalist with a Master’s Degree in Mass Communication and MS in Peace and Conflict Studies. Associated with the media industry since 2006. Experience in various capacities including Program Host, Researcher, News Producer, Documentary Making, Voice Over, Content Writing Copy Editing, and Blogging, and currently associated with OyeYeah since 2018, working as an Editor.
All posts bySaman Siddiqui