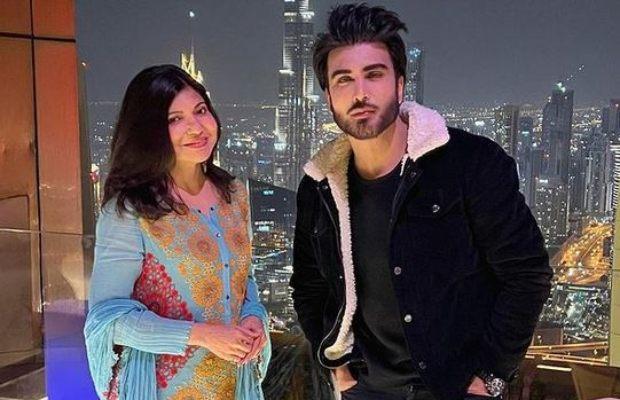 Imran Abbas had a meeting with Bollywood’s iconic singer Alka Yagnik in Dubai.

The meeting moments from two stars from across the border have left fans having a meltdown on social media.

We all have seen Alka Yagnik has remained Imran Abbas’ fan for quite some time.

Bollywood singer has been spotted praising Imran Abbas’ singing skills in one of his social media posts.

Imran Abbas took to his official Instagram handle to share some beautiful photos and videos as he met his favourite Bollywood singer.

“What else could be more beautiful than having a dearest friend over the dinner, sharing music, talking heart out, and that too at the top of the tallest hotel in the world. Thank you Alka Yagnik for coming over and making this evening so memorable!” Imran Abbas captioned his post.

It is pertinent to mention here that Imran Abbas made his debut in Bollywood in 2014 opposite Bipasha Basu in Vikram Bhatt’s Creature 3D, for which he was nominated at Filmfare Award for Best Male Debut category.