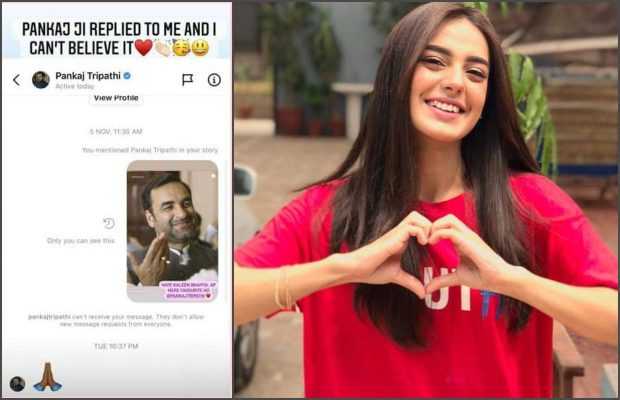 Iqra Aziz is over the moon after getting a response from Mirazpur’s Pankaj Tripathi!

Pakistani actress still can’t believe that she received an emoji from her favourite actor.

And the Suno Chanda star was over the moon when the Indian actor who also starred in Netflix’s Sacred Games responded her!

The response from Pankaj Tripathi was a simple emoticon. Iqra Aziz took a screengrab of it and yet again shared on her Instagram story with a caption, “Pankaj ji replied to me and I can’t believe it!”. 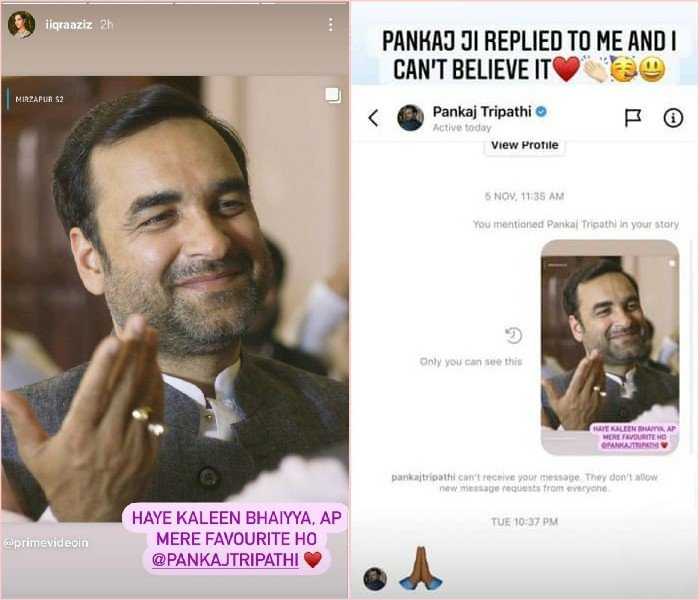