Naveed Raza has made some blasting revelations about Alizeh Shah 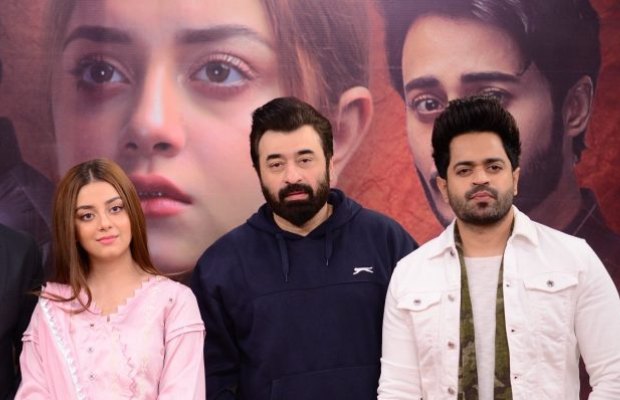 It was a few months back when senior actor Yasir Nawaz had spoken about how difficult it was to work with young actress Alizeh Shah in the drama serial  Mera Dil Mera Dushman.

This time it’s Naveed Raza co-star who played the character of Alizeh’s brother in the drama  Mera Dil Mera Dushman endorsed what Yasir Nawaz had claimed.

While appearing on Ahsan Khan’s show Time out with Ahsan Khan, Naveed Raza made some blasting revelations about Alizeh Shah.

Naveed stated, ‘Yasir is a veteran actor and director, who gave her the right to misbehave with him?”

He added, “She demanded to cut his lines and scenes with her.”

He went on to say, ‘When the two used to be in the make-up room, and Yasir would dry his hair, she asked the assistant to shift Yasir’s seat somewhere far and cited that the heated air of the dryer is bothering her.”

Furthermore, he also revealed details of a blasting phone call between Alizeh Shah and Humayun Saeed.

According to Naveed, due to the Covid pandemic, the shooting schedules got disturbed the team.

He went on to explain that Humayun being the producer tried to convince all the actors to allot new dates to wrap up the show, he also wanted to extend the successful drama.

However, according to Naveed, the Ehd-e-Wafa star refused to cooperate and even lashed out at him saying, “You will give me work? I am not short of offers.”

“Talking to your senior actor like this is called rudeness, which is completely wrong,” Naveed concluded by saying that no matter how successful you are, you cannot talk to a senior like that.

She should be grateful that a star like Yasir worked with her, Naveed Raza remarked.