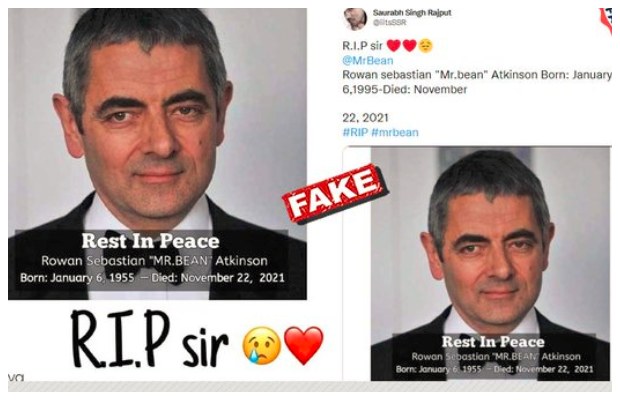 Rowan Atkinson is very much alive!

Fake news in circulation has killed Mr. Bean yet again.

It was a day ago when all of the sudden death news of famous British actor Rowan Atkinson started to trend on Twitter.

It’s not for the first time that Rowan Atkinson fell prey to hoax on social media.

He is best known for his work on the sitcoms Blackadder and Mr. Bean.

Reportedly he will soon be appearing in Peaky Blinders Season 6.

His fans are furious for spreading fake news.

Death hoaxes on Rowan’s demise have been resurfacing regularly since 2012.

He's not DEAD y'all 😑, why do you keep killing him all the time #rowanatkinson #Mrbean