Suhana is now a proud graduate of Ardingly College, London. 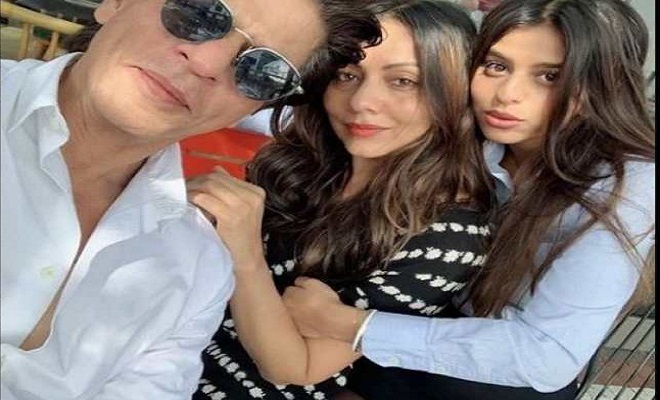 Indeed another moment of joy for Shahrukh Khan as his 19 year old daughter Suhana graduates from Ardingly College in London. The ceremony that took place on Friday was attended by both Gauri and Shahrukh Khan as the proud parents beamed in the pictures.

Taking it to Instagram, SRK wrote a heartwarming note for his little girl.

Shahrukh’s wife Gauri Khan also shared a video clip from the convocation ceremony, as Suhana was awarded  “The Russell Cup for Exceptional Contribution to Drama”. Undoubtedly, both SRK and his wife had felt to be on cloud nine.

Albeit Suhana has never appeared on cinema or television, her popularity has become immense. Her fan following now expects to see her in Bollywood but that may not happen anytime soon.

While Suhana is still interested in study further and pursue acting courses before she makes her Bollywood debut; daddy Shahrukh has also stated a while back that both Suhana and her brother Aryaan require the grooming to become actors. So most likely their debut in the industry has to wait for quite some time.