Aangan’s OST is finally out and its beautiful!

Sung in the melodious voice of Farhan Saeed, the OST does justice to the much-hyped released of the drama 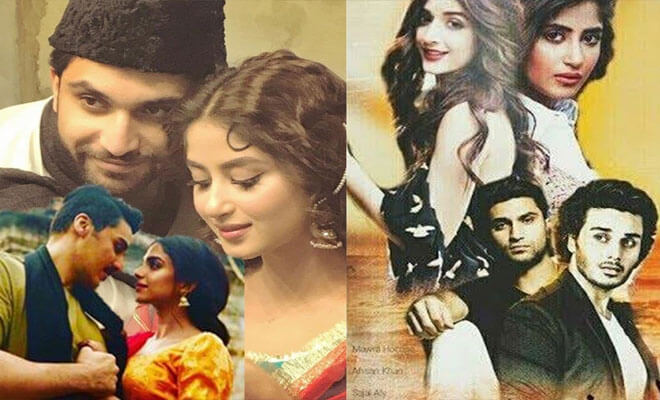 We have already watched the trailer of upcoming Hum TV drama Aangan. Now, the original soundtrack (OST) of the most advertised production is out and it is absolutely lovely.

Sung in the melodious voice of Farhan Saeed, the OST does justice to the much-hyped released of the drama.

Dedicating the song to his sister-in-law Mawra Hocane, who is playing Aaliya in the drama, Farhan Saeed said, “Hey Aaliya @mawrellous , I happen to narrate your story. Nice to meet you 😇”

Aangan is a pre-partition drama based on the novel Aangan by Khadija Mastoor. The drama is directed by M. Ehteshamuddin of Udaari and Sadqey Tmhare and written by Mustafa Rizvi.

Actors Ahsan Khan, Sonya Hussyn and Mawra Hocane have paired up for the drama while Sajal Aly will be romancing with Ahad Raza Mir who also happens to be alongside Mawra. Besides these, Hira Mani will also be seen in the drama.

The OST video stars all the cast of the drama and also includes some of the dialogues.

Meanwhile, on social media, people share their views about the drama’s OST and just love the melodious voice of Farhan Saeed. Drama lovers can’t wait for the first episode to air.