Shamoon Abbasi calls out Hum TV and NJ PRODUCTION for excluding him as director of the drama serial Chalawa and not giving him credit.

Taking it to social media popular actor, director and producer shared the details about the drama serial Chalawa and providing proof that he had directed the first 8 episodes of the series.

In a Facebook post, Shamoon Abbasi wrote: “Here is another reason that I will have to raise my voice against the fraudsters in the industry,

I have directed 8 initial episodes of the drama #challawa which is about to release on hum TV and NJ PRODUCTION and Hum TV didn’t bother to mention my name as the director in the serial.??”.

“My question is why? It is a shame that such a big channel doesn’t feel responsible for such a big and important issue. Where I was actually recommended by Sultana Siddiqi to direct this serial her self. I completed 8 episodes shoot, before leaving for my film shoot”, he said.

“I asked and warned them several times that my name should be in the director’s name with the other director. And they didn’t bother responding, and we are looking for the betterment of this industry?”, he added.

“I have all the bts, pictures, and evidence. I kept quiet for a while but I didn’t expect this from HUM TV at all. Nadeem j. Your first project as producer is based on cheating and this isn’t going to go that far. Trust me. Phir boltey hen mey larta kiun hun. Cheatings khatam kardo mey larna band kardunga!!”, Shamoon concluded. 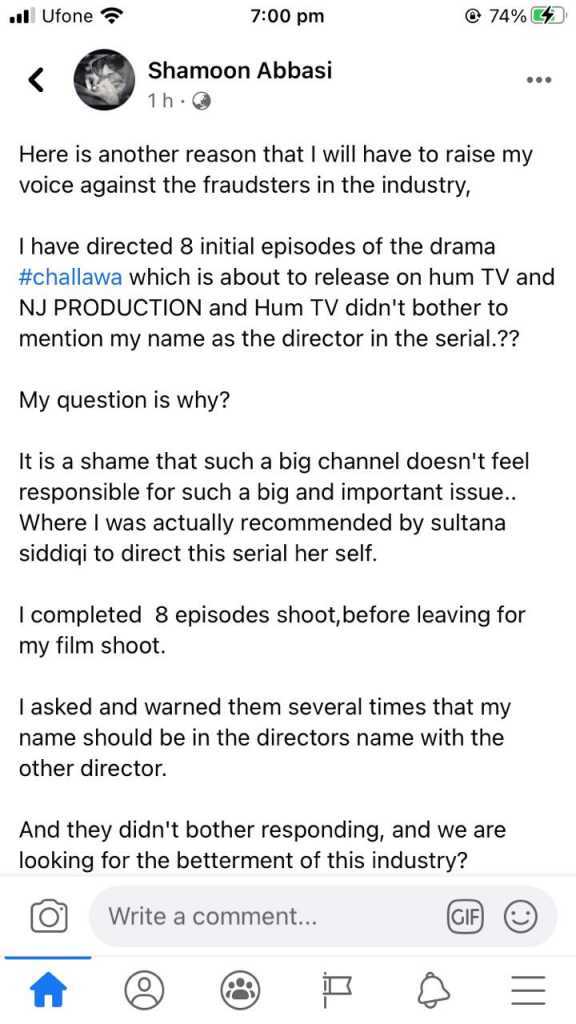 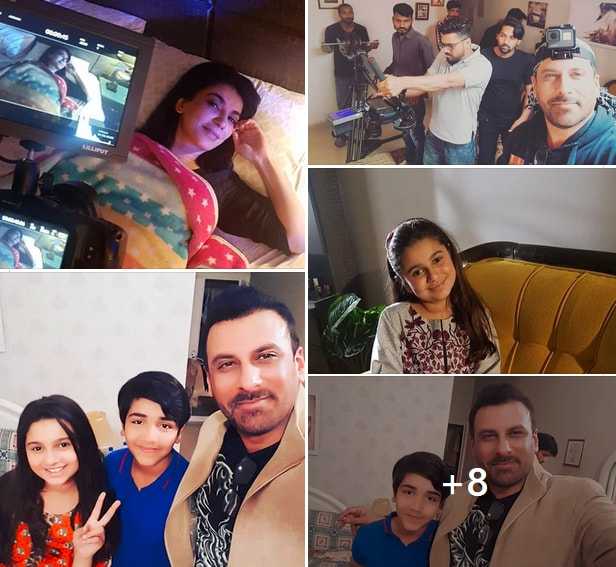