It was reported earlier that a major reshuffle was on the cards. 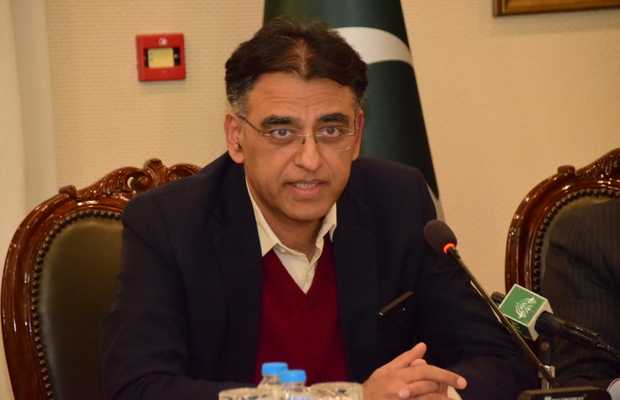 Federal Minister Asad Omar has announced his decission to leave the federal cabinet. He was being designated as Energy minister instead of Finance in the cabinet reshuffle.

This development came as the PM Imran Khan reshuffled the cabinet after reviewing the eight months’ performance of the federal ministers.

The announcement of the reshuffle came from Asad Omar himself while talking it to social media, he wrote:
“As part of a cabinet reshuffle PM desired that I take the energy minister portfolio instead of finance. However, I have obtained his consent to not take any cabinet position. I strongly believe @ImranKhanPTI is the best hope for Pakistan and inshallah will make a Naya Pakistan”. 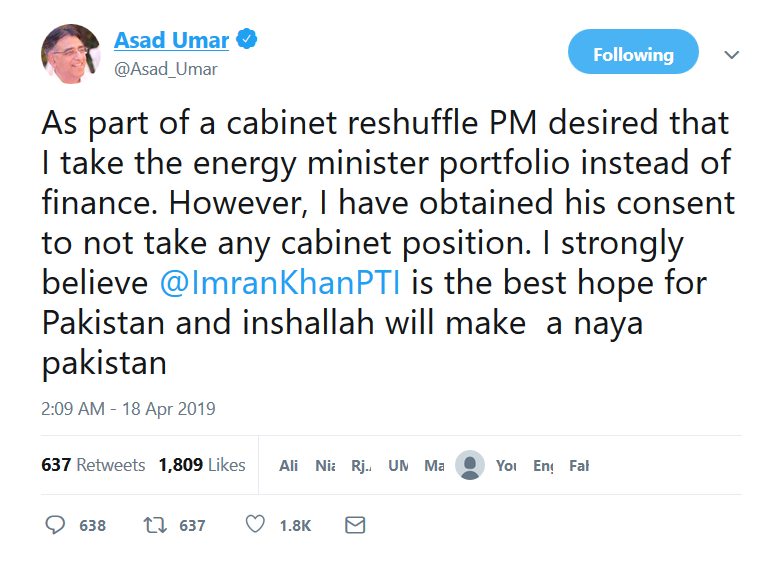 There have been several reports that Prime Minister Imran Khan was mulling over to reshuffle his cabinet after reviewing the eight months performances of the ministers.

The reports of the reshuffle were earlier denied by Information Minister Fawad Chaudhry.

In his tweet he said, “There is no truth in reports regarding changes in posts of federal ministers. The prime minister has the power to change ministers and the media should play a responsible role on this subject”.

“Pakistan is going through an important phase and such speculations create confusion which is not beneficial for the country,” he further added.