Karachi also witnessing a surge in hospitalisations of patients having symptoms of the infectious disease. 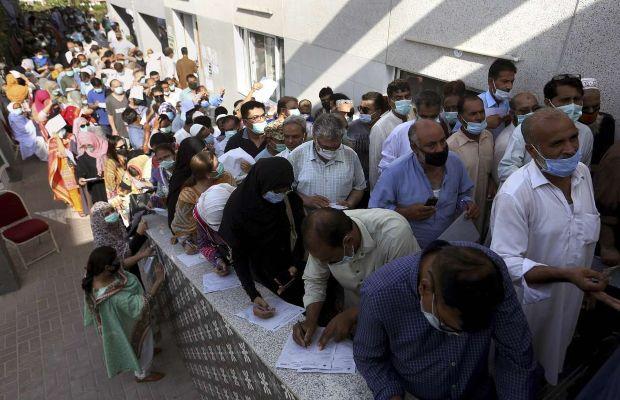 The federal health ministry officials said Wednesday that Karachi’s positivity rate has risen to a record level of 40.13 percent as the country faces the fifth wave of the deadly virus fueled by the Omicron variant.

The total number of tests conducted in Karachi in the last 24 hours was 7232 and total coronavirus positive cases climbed to 2902.

So far 430 Omicron patients have been reported in Karachi.

Apart from Karachi, seven more cities in the country reported a positivity ratio higher than 10%, the officials added.

As per the statistics, after Karachi Muzaffarabad has the second-highest positivity rate at 21%,

As of Wednesday,  rising cases of hospitalizations have been reported from Karachi.

According to the news source, two major health facilities of the city reported a record number of patients’ admissions.

As of Tuesday, there were 82 patients admitted at Sindh Infectious Disease Hospital at NIPA Karachi, of which 32 were in the Intensive Care Unit (ICU) and seven on ventilators.

The officials said among these patients, two were children under the age of 16.

On the other hand, the officials at the Aga Khan University Hospital (AKUH) said they had over 50 patients in their Covid-19 treatment facility.

The AKUH official added that they were adding more beds as the number of infected patients was rising every hour.