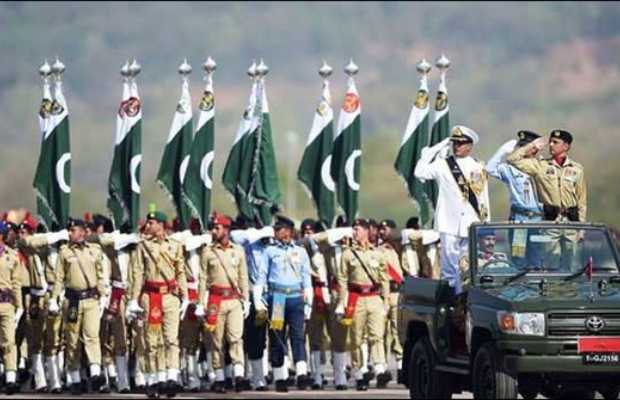 The Pakistan Day parade that was scheduled to be held on 23 March, Tuesday has been postponed.

According to the Inter-Services Public Relations (ISPR), the parade has been rescheduled due to rain forecast by the Pakistan Metrological Department (PMD) in Islamabad for the next two days.

The announcement was made by the military’s media wing ISPR in a statement on Monday.

The parade will now be held on March 25, according to the Inter-Services Public Relations (ISPR).

“The Joint Services Pakistan Day Parade will now be held on 25th March 2021 as per program and timings already specified,” the statement said.

The ISPR had earlier issued directives for participants amid the COVID-19 pandemic in connection with the Pakistan Day parade.

According to fresh directives, all participants/guests attending the parade are strictly directed to follow Covid-19 standard operating procedures (SOPs).

Face masks have been made mandatory for all participants attending the Pakistan Day parade, it said.

Furthermore, Every person coming to attend the Pakistan Day Parade would undergo temperature checks while it has been directed to staff to ensure the presence of hand sanitizers/masks at all entry gates of the parade.

Each year Pakistan commemorates the passing of the Lahore Resolution on March 23, 1940, when the All-India Muslim League demanded a separate nation for the Muslims of the British Indian Empire.