Maulana Tariq Jameel said that the motorway incident is extreme of our moral degradation. 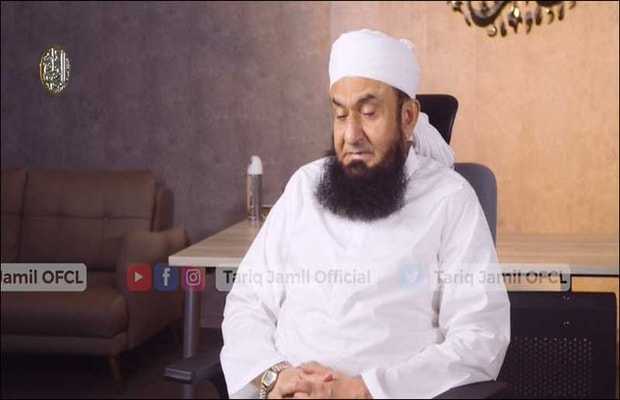 Pakistan’s famous religious scholar Maulana Tariq Jameel in his ‘condemnation’ video calls the motorway incident “behayai” and blames co-education for spreading behayai. He also urged the parents to pay special attention in the upbringing of their children.

“It is such a discreditable incident that my tongue is shivering while speaking. The more condemnation of this act, the less it is,” he said.

Maulana Tariq Jameel said that the motorway incident is extreme of our moral degradation. And he has appealed to the government to make an example of rapists and change laws that make it easy for such criminals to go unchallenged.

He said in the existing laws, we came to know after 10 years that the person was innocent and he must be absolved. “God knows, how many innocent people have been executed,” he said.

“All the nations that fell prey to downfall, the reason was not economic instability or lack of resources. Quran says, ‘a nation faces downfall when they become inactive, unrighteous and mannerless. (Then) Allah catches them,” he said.

The video has been released on the Moulana Tariq Jameel’s official YouTube channel.

The internet seems to be divided as after viewing his remarks many took to social media stating their own point of view in light of Moulana’s comments.

13 minutes clip of Maulana Tariq Jameel Sahb which is again half circulating for propaganda۔ Do listen this and then comment with your ugly faces۔
pic.twitter.com/kxlkI8WNaW

He's saying co edu is base of all this ditrt, everyone knows. But still bashing him to say that.

Why you all just don't accept the reality that deen has the solution of everything?

All these so called feminists can’t digest what Tariq Jameel Saab has said because it’s the truth.

Man i can't judge Maulana Tariq Jameel by his one statement, he's right in many ways and wrong too, you guys are just mixing up his statements regarding co education and rapes. Just look at yourself before pointing others.

Molana Tariq Jameel you have disappointed me https://t.co/JJfVVoZLni

Maulana Tariq Jameel opens his mouth and point faults in society and Islamophobes lose their shit.

There should be a limit to amount of hate you can muster in your black heart. Spare the scholars.

Yes I second Maulana Tariq Jameel words. I have seen with my own eyes co-edu boys n girls in dancing cars . Dating, flirting, abortions. We all know this filth is happening in coeducation. Cmon, don't deny the teachings of Islam. There should be a distance between na mehrams.

Maulana Tariq Jameel has given innumerable speeches regarding women's rights, but no why we would bring that into notice, just bcs he's anti feminist?