An anti-polio campaign was underway in North Waziristan. 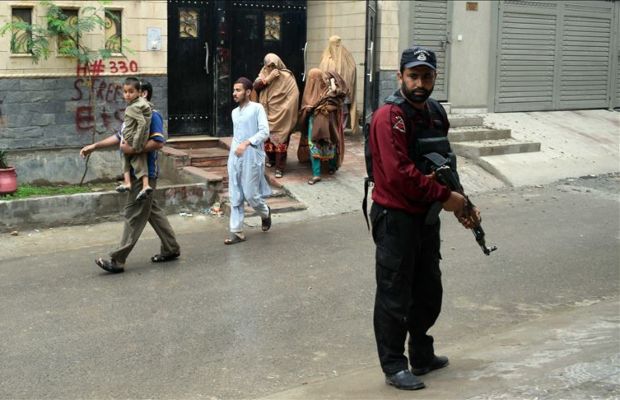 Two policemen and a polio worker were shot dead in North Waziristan on Tuesday.

As reported, two policemen and a polio worker were martyred in firing by unknown people in Tang Killi, Dattakhel tehsil, North Waziristan.

The killed policemen were on duty to provide security to the polio staff.

The bodies of the deceased were shifted to Dattakhel Tehsil Hospital.

As reported, a child was also injured during the incident after he was shot in the leg.

The child has been moved to the Miran Shah District Headquarters Hospital.

Deputy Commissioner Shahid Ali Khan has also confirmed the incident and the number of casualties.

A search operation is underway in the area and further information will be shared in due course, he said.

Prime Minister Shehbaz Sharif reacting to the news said that he was “deeply anguished.

The prime minister said he had ordered Interior Minister Rana Sanaullah to conduct a thorough investigation of the incident and submit a report at the next cabinet meeting.

It is to be noted here that an anti-polio campaign was underway in North Waziristan.

Under the campaign children under the age of five will be vaccinated in 25 very high-risk districts for poliovirus.

tweet
Share on FacebookShare on TwitterShare on PinterestShare on Reddit
Saman SiddiquiJune 28, 2022
the authorSaman Siddiqui
Saman Siddiqui, A freelance journalist with a Master’s Degree in Mass Communication and MS in Peace and Conflict Studies. Associated with the media industry since 2006. Experience in various capacities including Program Host, Researcher, News Producer, Documentary Making, Voice Over, Content Writing Copy Editing, and Blogging, and currently associated with OyeYeah since 2018, working as an Editor.
All posts bySaman Siddiqui