What Happened at Bahria Town Karachi on Sunday?

During the protest, several buildings, including the main gate of Bahria Town, were set on fire 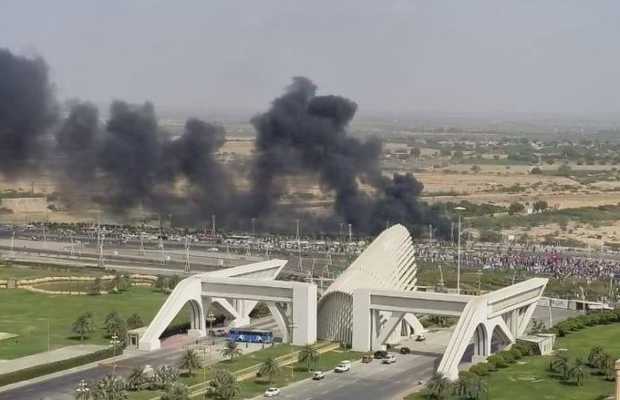 On Sunday, a mob of violent protesters forced its way through the main gate of Bahria Town Karachi.

Reportedly during a demonstration by the Sindh Action Committee (SAC) against the huge housing project, the mob set fire to two foreign fast-food chains, several vehicles, a showroom, and two real agent offices. 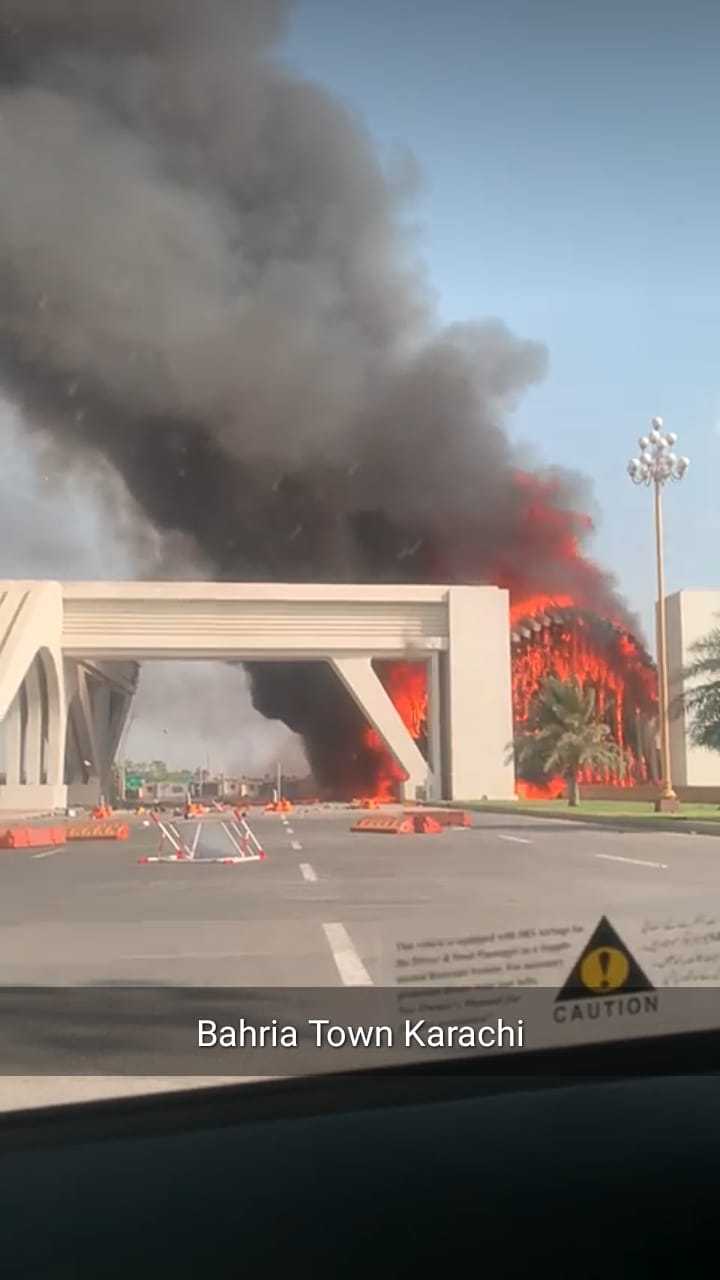 He further said that the situation was taken under control, traffic was restored and riots were being investigated.

As being reported, two security personnel were also injured during the riot.

During the protest, several buildings, including the main gate of Bahria Town, were set on fire due to riots, after which security personnel reached the spot and evacuated the area from the sit-in participants.

It may be recalled that the Sindh Action Committee had announced a sit-in in front of the main gate of Bahria Town Karachi on Sunday.

Other political parties and regional organizations had rallied in support of the Sindh Action Committee’s sit-in. Police had already started stopping convoys from across Sindh at the Hyderabad Toll Plaza due to the call for a sit-in protest.

Later on, photos and videos started circulating on social media revealing the gravity of the issue.

Crack down of Police on peaceful workers of nationalist parties who are protesting against occupation of Sindh Land by corrupt Army Generals with collusion of PPP in the name of Bahria Town Housing Society in Karachi
ButComplete boycott of news in media#SindhRejectsBahriaTown pic.twitter.com/I9eBWYD8b3

A big question mark on our media #azadmedia villagers protesting against Bahria Town Karachi Management #landgrabing firing and forcing them to handover land i have been watching news no channel has covered this.. protest is stll onn pic.twitter.com/KCQixEdBax

On the occasion, Gul Hassan Kalmati of the Indigenous Rights Alliance posted a video message on his Facebook page in which he said that “some mischievous elements have tried to intensify the protest.”

He said that a sit-in was called by the Sindh Action Committee against Bahria Town on Sunday. During the sit-in, some miscreants set fire to the house.

On the other hand, Sindh Progressive Party leader Qadir Magsi said that “a conspiracy has been hatched to end our peaceful protest and Bahria Town has been set on fire.”

He claimed that “there was firing and shelling by the police.”