Dar is also the first Asian bowler to reach this landmark! 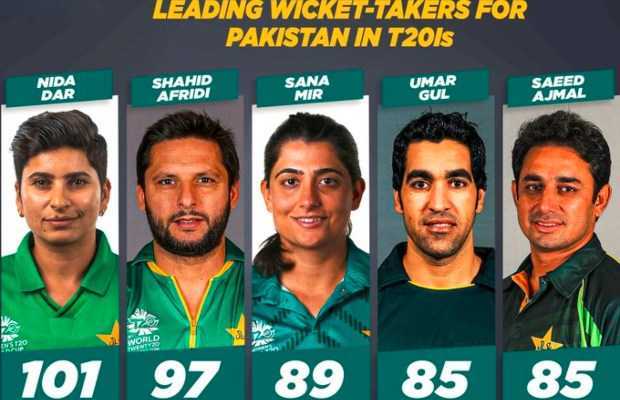 The right-arm off-spin bowler achieved the feat on Wednesday in the first of the three T20Is between Pakistan Women and West Indies Women.

Dar dismissed Deandra Dottin in the 10th over of the first innings.

She is only the fifth bowler in the women’s game to join the 100-T20I wickets club. And also the first Asian bowler to reach this landmark

Former captain Shahid Afridi holds the record of most wickets in T20Is for the Pakistan men’s team with 98 wickets while Umar Gul is second and Saeed Ajmal is at third spot with 85 wickets apiece.

From the Asian teams, India’s Poonam Yadav, with 95 wickets, follows Nida in the list of highest T20I wicket-takers.