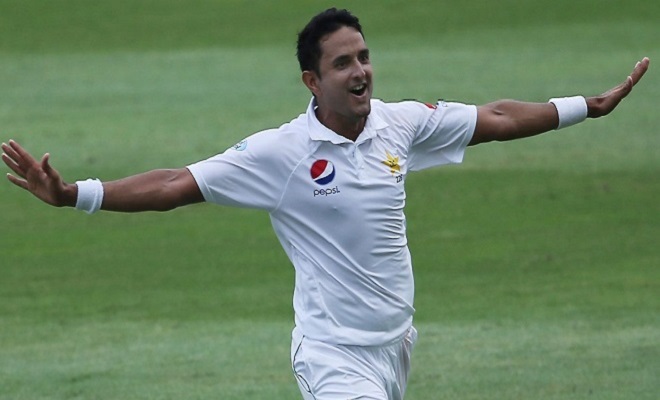 Mohammad Abbas might be facing an uphill task in impressing the all-powerful Misbah ul Haq and Waqar Younus in Pakistan set up, however, he has many takers on the international front. English county Nottinghamshire have signed him as one of the overseas players for nine 2020 Championship Games.

Abbas has been an outstanding performer in test match cricket and is still likely to be part of the Pakistan squad for the away series in England in July 2020. Nine matches before the series should help him with preparations to take on England batsmen.

Notts were relegated to Division Two last year and would be looking for a quick turnaround in fortunes. Abbas will look to replicate his county form, which landed him 79 wickets at 20.67, for Leicestershire in two previous spells.

“He’s a high-calibre player,” Nottinghamshire head coach, Peter Moores, said. “He came into Test cricket late, but his impact at that level has been fantastic; almost unprecedented actually. We also know from what he’s done with Leicestershire that he can perform in English conditions and can excel within a county schedule that can be quite demanding on quick bowlers. He’ll strengthen our bowling considerably, as well as being a mentor for our younger bowlers who can learn a lot from the way he plays the game.”

The 29-year old was dropped for Imran Khan in the 1st test against Australia. His shoulder injury has also been troubling him after he was rushed back prematurely during South Africa in early 2019. This would be a chance to regain form.

Abbas said: “Trent Bridge is a brilliant venue to call home and I can’t wait to join Nottinghamshire next summer. The club is steeped in history and I’m looking forward to giving my all to get them back up into the top division of Championship cricket. I’ve really enjoyed my past couple of summers playing in England and I’m excited for the domestic season to start again in April.”