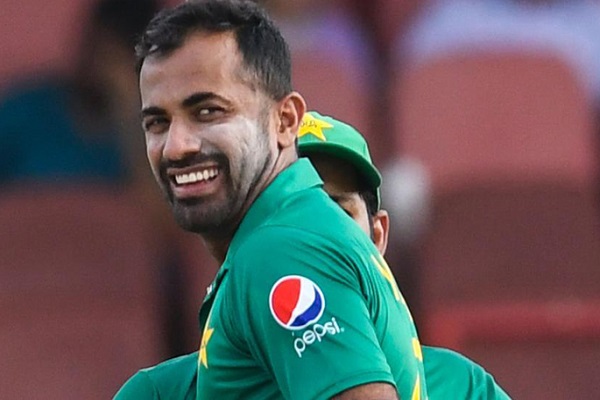 What was monumental waste of time that Australia ODI series was. At least from Pakistan’s point of view. There was certainly a need to rest some players and test out back up. Around a week or so before the World Cup, it seemed we only managed the former.

Perennial comeback kings, Umer Akmal and Shan Masood did their thing. Once again, it was proven that they are simply not good enough. Usman Shinwari was Pakistan’s highest wicket taker in the series. He isn’t in the squad even after the changes. They picked Mohammad Abbas to try him before the World Cup. Were the selectors and team management were entirely oblivious to how English pitches play these days? It’s not the 2000s. If Wahab had to be recalled, wouldn’t it be wiser to do so for the Australia series? Pace matters in naya England, which is why Jofra Archer broke the set pattern of England team. On the flip side, the way we have stumbled upon this choice, however is far from ideal. Mind you, Wahab is not an unknown quantity unlike to some degree Jofra Archer is.

Pakistani selectors have tried to find an ODI bowler in Yasir Shah since 2011. In the Australia series, he picked up 4 wickets in 5 games. He looked as ineffective as he has looked ever since his debut in the format. It would have been so much better to test out PSL giant killing Umer Khan, instead. Yet still when Shadab was out of the England series, Mickey Arthur talked about how UAE pitches were flat and Yasir could be a threat in ODIs in England.

The man from Swabi lasted one match. If Shadab feels the strain after sitting for a few months, do we have a backup in the World Cup? It would be disaster of all disasters, considering how limited Sarfraz becomes without the leggie. We have so many fast bowlers in the squad, yet Faheem Ashraf will remain in the UK as a backup in case of injury. Don’t we need a backup spinner, just in case?

Faheem Ashraf has been part of the set up for almost 2 years now. Suddenly, from being a 1st team starter, he is not good enough to be in the squad? It’s a far cry from the relatively stable and calm influence Mickey has had on Pakistan’s team selection.

Also nobody deserved to be part of the squad more than Abid Ali. Simply because of the weight of his runs and limited opportunity. It was a travesty that the umpire gave him leg before in the last ODI against England. An iffy call by any standards. What would have selectors done had he scored a ton there? Someone like an Asif Ali is needed by the team, but not by dumping Abid. Either they shouldn’t have not picked the opener earlier or just stuck to their guns. Nonetheless, post World Cup Abid should be the 1st name in Pakistan’s squad. He deserves it.

Apart from a backup spinner, and Faheem, Pakistan have danced their way around to a decent looking squad. In Champions Trophy, we found our mojo with reverse swing and the rest of the World sat back and looked in awe. Pakistan will have to find something similar.

Yet, looking back Mickey Arthur especially would think how he stands at his point with this squad. He has perhaps let go of his ideals, and plunged into a very Pakistani style of management. The plan that has been laid out meticulously for 2 years, has been ripped apart. The decision to bring back Wahab shows they have divorced their process.

If it doesn’t work, the process shouldn’t get the blame. It has improved Pakistan cricket considerably. It is not time to look back, even if we already have pressed the panic button.