The match is scheduled to begin at 7pm (Pakistan Standard Time). 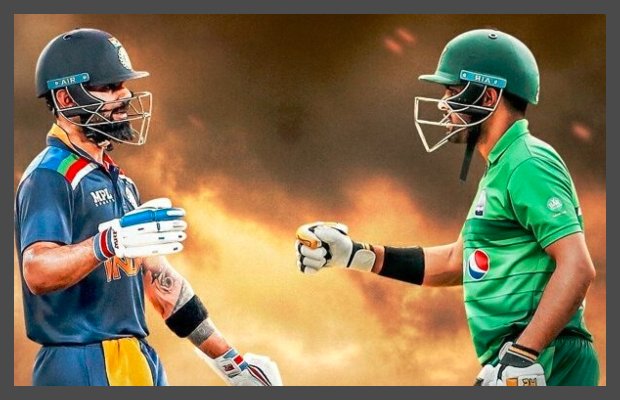 Pakistan will take on India, in what can be termed as the biggest match of the ICC T20 World Cup 2021, at the Dubai International Cricket Stadium on October 24.

The match will start at7 pm PST.

A few hours left in T20WC high-octane clash between the arch-rivals and Pakistanis are getting Chandraat vibes!

Social media feed tonight is full of all sorts of festivities ahead of the high-profile match with all sorts of messages, wishes and memes as well.

Will Pakistan be able to beat India is the million-dollar question at the moment, as it has never happened before in the world cup history.

India has beaten Pakistan in all of their 12 matches at the T20 and 50-over World Cups.

But the spirits are high! Pakistan will win InshaAllah as Game On Hai, says the federal minister of Broadcasting in his tweet.

On the other hand, Chacha Cricket is worried, despite all the efforts he wasn’t able to get the match ticket.

Tried with all my sources in UAE for #PakVsInd match ticket, but no luck yet. I request PCB to arrange this for me. Because my presence will be an honor not only for me but for @TheRealPCB & #Pakistan #PakistanZindabad @TheRealPCBMedia @iramizraja @salnaseer @mansoorrana205 pic.twitter.com/CtnAlpVAN7

Who will be the winner, some has already settled the debate”

According to the news source, Pakistan Cricket Board (PCB) Chairman Ramiz Raja is said to have had a virtual call with Pakistan captain Babar Azam and guided him on how to approach the big match against India on Sunday.

According to a report published on cricketpakistan.com.pk, Raja had advised the Pakistan players to play their natural game and be as fearless as possible in the match.

Best of luck to you boys for the WC campaign. Just remember millions of hearts beat with you and millions more are praying for you #PakistanZindabad

Owing to the current geopolitical situation, the anticipation of the clash always remains high.

Millions back home are sending their prayers and wishes for the green squad ahead of the India-Pakistan match in Dubai:

#PakistanVSInd Pakistan will win against India. Don't ask how.

Best of Luck Team Green.
InshaAllah we will win , we have done it and we will do it this time as well .

And you definitely can not ignore the meme brigade and keyboard warriors:

Once upon a time Asif Ali the inventor of a classic meme 😄😄#PakVsInd #INDvPAK pic.twitter.com/sOM9cISQSl

We will Win inshaAllah and also win the final❤ ❤️👑#PakVsInd pic.twitter.com/k77hOoKpMu