Opportunities were scarce for emerging players as ‘seniors’ have their way 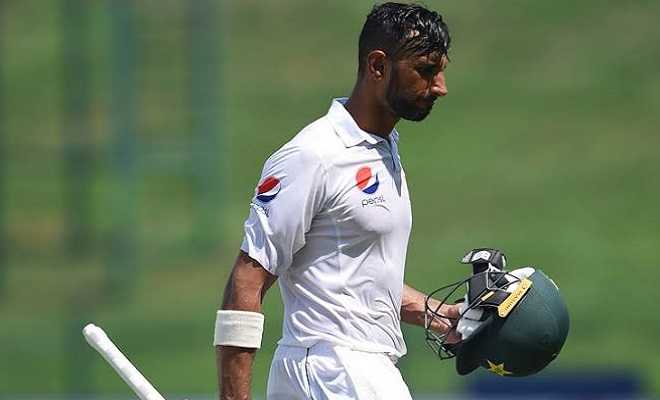 When 33-year-old Awais Zia and 34-year-old Sohail Tanvir top the charts in your local T20 championship, it doesn’t reflect well on your domestic scene. Usually, the gripe here would be the lack of quality player on this level. However, this time around thanks to the newly implemented six-team model, this could be down to the lack of opportunities for younger players.

Let’s look at Pakistan’s Achilles heel, batting. A look at the ICC T20 Rankings for batsmen tells us that among the top 10, 8 are openers. The other two are batting geniuses in varied ways, Virat Kohli and Glen Maxwell. With only twenty over to play, the best chance for a player to develop is to come out as an opener. The evolution of Babar Azam in T20 is partly down to his promotion at the top thanks to Mickey Arthur and Sarfaraz.

The top 29 run-scorers of the tournament have either played for Pakistan or been part of PSL franchises at some point. Adil Amin at number 30 is someone who we have seen at the A level. If we look at openers, we have seen Imam ul Haq, Awais Zia, Fakhar Zaman, Sahibzada Farhan, Khurram Manzoor, Abid Ali, Babar Azam, Ahmed Shehzad, Umer Siddiq, Shan Masood, Umar Amin, Naved Malik, Ahsan Ali, Israullah, Mohammad Hafeez, and Ali Imran. Looking at it from the point of view of player development, one could count perhaps Sahibzada Farhan, Umer Siddiq, Ahsan Ali, Israullah and Ali Imran. All these players were in and out of the playing 11. Are we giving the best chance for youngsters to grow?

It isn’t Lahore vs. Karachi – its PCB’s Power Clan vs. Everyone Else

Nothing reflected this better than Rohail Nazir’s demotion to number 8 in the final after he had played decent innings in the last two matches including a fifty. If someone as talented as Rohail will not get opportunities here, how do we expect him to improve? In the semifinal, Saif Badar batted below the likes of Shan Masood, Mohammad Hafeez, Shoiab Malik, Aamir Yamin and even Wahab Riaz, despite doing decently in round matches.

Similarly, Hussain Talat batted at four or below, despite playing for Pakistan highly successful T20 side at three, numerous times. His best innings came from number four. Similarly, another T20 star Rizwan Hussain was pushed down the order to accommodate Babar Azam, Ahmed Shehzad, Kamran Akmal and Umer Akmal. Despite playing at a strike rate of 191, he only faced 35 balls in four matches.  Abid Ali got two games as an opener and was shunted down to 8 in the 3rd game. However, his replacement Ahsan Ali should have started ahead of either Khurram Manzoor and Abid Ali as he showed in the next matches.

If you dig deeper, there are more problems. PCB’s favoured son Shan Masood got 5 matches scoring 36 runs at an average of 7 and strike rate of 85. On the other hand, Sami Aslam who has identical T20 strike rate as Shan (114) but a much superior average (28 for Sami, 20 for Shan) was discarded after two innings. Sami was also made to bat out of position. Agha Salman, who had made an impression with Lahore Qalandars was made to play for the 2nd eleven after two failure.

In the bowling, things were certainly better (they always are). Two of Rashid Latif’s picks Zahid Mahmood and Akif Javed, alongside Mohammad Mohsin, are in the top 10 wicket-takers, considering players who haven’t played for Pakistan or picked by a PSL franchise. But there were questions here too. Remember the left-arm spinner who got bagged a number of big wickets in the PSL last year, Umer Khan? He got one match only, with respectable figures of 1/29. Lahore Qalandar’s Hassan Khan, wasn’t included in the Sindh’s 1st team. Zafar Gohar another Pakistan prospect was dropped after two poor games. Ahsan Jamil, the left arm leg spinner should have been afforded more protection and chances to develop his game. Instead, Sindh’s team combination meant he had to bowl all his overs and went around the park. Dropped after three games.

PSL teams have to pick an emerging player in the 11. But in a competition where the purpose should be to provide players for PSL, there is no such rule. What’s the point of having a PSL like tournament just without the foreign players?

The retort is that players were getting chances in the 2nd team tournament but that wasn’t televised and competition level was certainly lower. We all know how much of a difference a televised match can make for a player. Shinwari played international cricket on the back of a televised bowling blitz right from obscurity.

Perhaps it’s time to divide up the talent and make this a city-based competition. Wasim Khan has repeatedly said they were happy to make mistakes and learn from them. This is their chance.