Alia Bhatt starrer film is all set to release theatrically on 25th February, 2022. 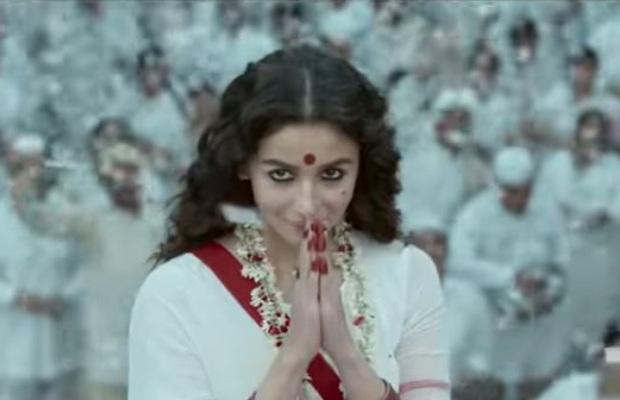 Bollywood film which saw multiple delays in release amid pandemic will finally be seeing daylight on Feb 25.

The trailer of the film, which marks Alia’s first collaboration with Sanjay Leela Bhansali, has lived up to the expectations, creating a lot of buzz as soon as it was released on Friday.

Gangubai Kathiawadi is based on a chapter from Hussain Zaidi’s book, Mafia Queens of Mumbai that is about a woman named, Gangubai Kothewali.

Well, the 3 minutes 16 seconds trailer gives a clear insight into what the film is going to be all about.

Sanjay Leela Bhansali, who is known best for setting up huge sets for his productions, the trailer shows that yet again SLB  has given his unique touch to the cinematography of the film.

While Alia standouts in a never seen before avatar in Gangubai Kathiawadi.

Apart from Alia Bhatt in the titular character, Gangubai Kathiawadi also stars Ajay Devgn, Seema Pahwa and Vijay Raaz in key roles along with Emraan Hashmi in a cameo.

Alia Bhatt changed her Twitter handle name to Gangubai Kathiawadi hours before the trailer release and has also shared the link of the trailer in a tweet.

“A story of strength, inspiration, and resilience. This year, we celebrate the journey of a girl who not only rose to power but reigned supreme. Presenting the official trailer of the much-awaited, Gangubai Kathiawadi,” reads the snippet under the trailer video on YouTube.

It seems like the film is going to the worth the wait!