The celebrity talk show will return to Disney+ Hotstar. 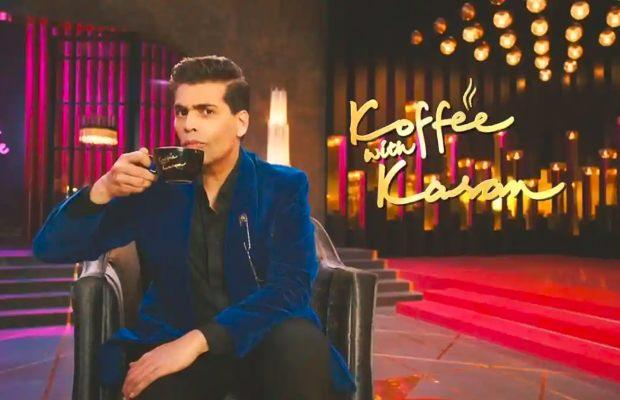 Koffee with Karan is moving to the OTT platform with its season 7.

Earlier it was speculated that the popular interview-based show hosted by filmmaker Karan Johar is going to conclude with Season 6.

The new season will be broadcast on the OTT platform Disney+ Hotstar revealed Karan Johar in a social media post.

The filmmaker-host will start shooting for season 7 of the show on May 7.

His second announcement read, “Koffee with Karan will not be returning…on TV! Because every great story needs a good twist, I’m delighted to announce that Season 7 of Koffee With Karan will stream exclusively on Disney+ Hotstar!” 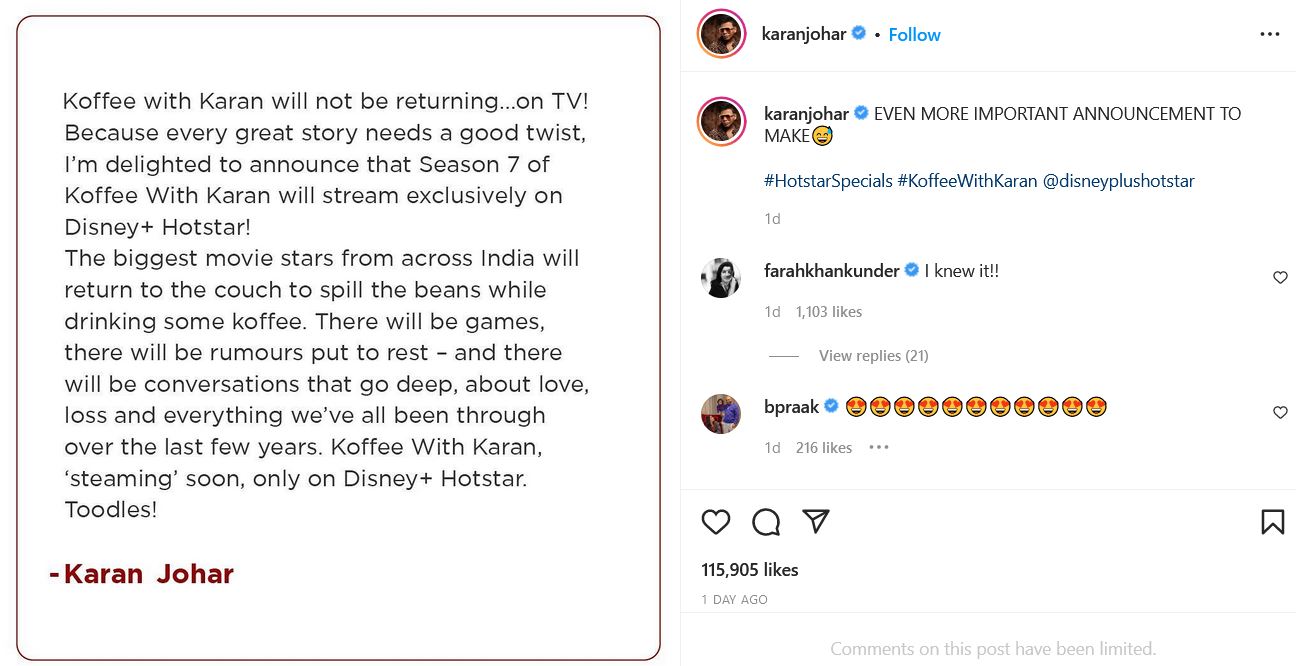 Earlier, Karan Johar had pulled a prank on fans on social media before breaking the news.

‘Koffee with Karan will not be returning,’ he wrote in a post, concluding with three dots.

However, the new season is said to be more entertaining for viewers.

The new format of the show will feature fun segments, style, getting closer to the favourite celebrities, glitz, and wit, and making it bigger and better.