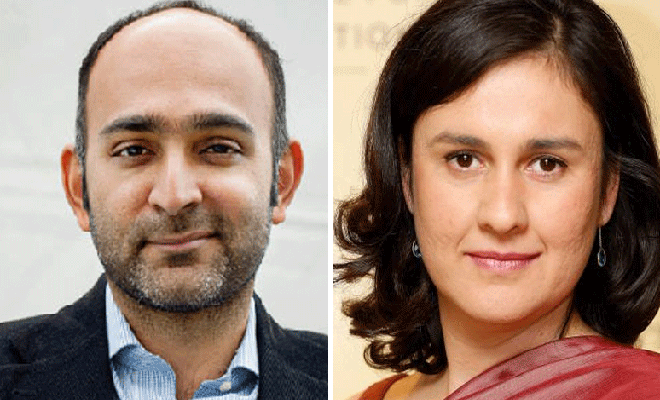 Writers, Kamila Shamsie and Mohsin Hamid are making news once again for their novels Home Fire and Exit West, respectively. The two books which earlier made it to the Man Booker Prize shortlist, are now up against four other authors for the DSC Prize shortlist.

Presenting the shortlist for The DSC Prize for South Asian Literature 2018! pic.twitter.com/tgGYcAzQkQ

The DSC Prize is an annual international literary honor that awards a monetary prize to authors writing about South Asia and its people. This year the DSC Prize has shortlisted six books including Jayant Kaikini’s No Presents Please, Manu Joseph’s Miss Laila Armed And Dangerous, Neel Mukherjee’s A State Of Freedom, and Sujit Saraf’s Harilal & Sons along with Kamila Shamsie’s Home Fire and Mohsin Hamid’s Exit West.