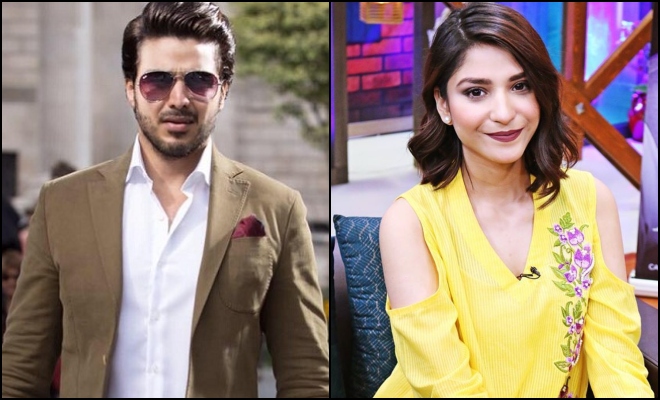 Ahsan Khan’s is a name that needs no introduction. From films to television, Ahsan has a string of versatile characters and some amazing performances to his name. From playing the chocolate hero to an unregretting child molester, Ahsan Khan has nailed each performance of his. Khan, who is currently wowing with his performance in Aangan and has the audience awaiting his role in Alif, is all set for another mega project.

This time, Khan, taking a break from some serious roles, has opted for a light hearted comedy alongside the very beautiful Ramsha Khan. The project, a 7th Sky Entertainment signature production, will star the duo in a lead role.

The yet to be titled drama has been written by Dr. Younis Butt, who along with some amazing hits including Family Front and Hum Sab Umeed Se Hein, is winning praises all over for his current script for Romeo Weds Heer. The drama will be directed by Mazhar Moin and is slated to go on air in Ramzan on Geo Entertainment.

Talking to Oye Yeah, Ahsan Khan shared,” I wanted to have some fun on daily basis and therefore said yes to this drama. This one, although, not a slapstick comedy is a full of fun and light hearted play.”

Adding further about his reasons to chose a light comedy, Ahsan added, “Mazhar Moin, is a pro when it comes to comedies and with a script like this one, which I really liked, I said yes to this.”

We’ve currently seen Ramsha Khan doing some serious and rather damsel in distress sort of characters in Kaisa Hai Naseeban and Khudparat. However, it’ll be a refreshing break to see the much talented Ramsha Khan try her hand at some good comedy. And with a script by Dr. Younis Butt, we know, this won’t be a disappointment at all.

Alongside Ramsha and Ahsan Khan, the drama will see Rehan Sheikh, Hina Khawaja Bayat, Firdous Jamal, Saba Faisal and Azfar in pivotal roles and will go on air in Ramzan, on Geo Entertainment.