It’s not been long when the model turned actress Amna Ilyas took to social media and addressed the bullying she faced for her complexion. Putting down her foot against all sorts of skin and body shaming, Amna called out anyone who endorses unrealistic beauty standards and belittles women on the basis of that.

As ironic as it may sound, Amna Ilyas was herself seen perpetuating the very concept of body shaming as seen in one of the old clips of a Hassan Sheheryar Yaseen talk show. In attendance are Sadaf Kanwal and Amna herself and during a game of ‘Guess the Celebrity’ Amna with her gestures takes a dig at former supermodel Aaminah Haq’s increased weight.

While the clip itself is distasteful and unacceptable from two apparently progressive and educated women, Aaminah Haq has responded to the body-shaming with a composed and meaningful message.

“A few of you have tagged me in something a model/actress said about me. Truth be told, if body shaming me made brought some small shred of joy in her life, then your welcome!” Aaminah took it to her Instagram story and wrote.

“Unhappy people tend to gravitate towards hate instead of kindness and compassion,” the former actress and model added. 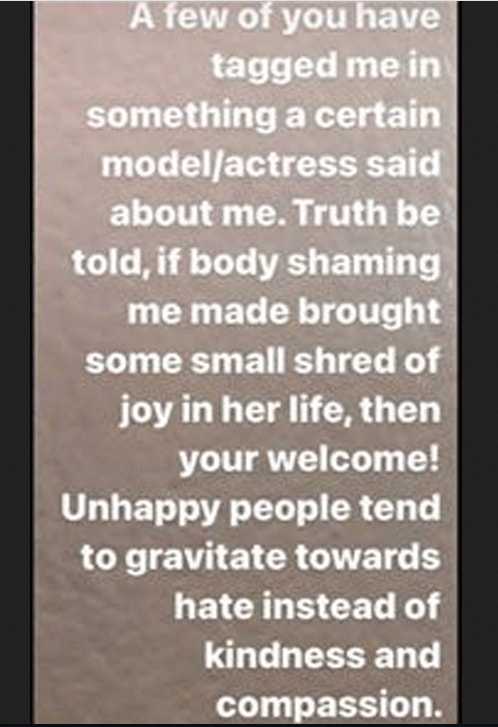 In essence, Aaminah once again proved why she held the title of supermodel so gracefully a little over a decade ago. On the other Amna Ilyas needs to step back and reflect if her stance against body-shaming is as powerful as her actions or there’s a rectification needed.