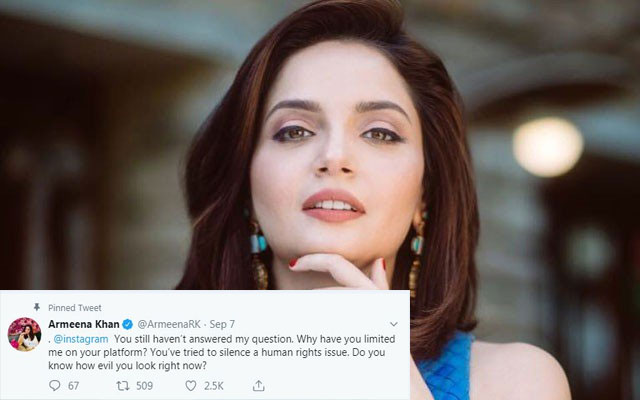 Armeena Khan’s tireless attempts at raising the Kashmir issue before the world and highlighting Indian atrocities has brought her views under censorship by social media outlets.

Pertaining to the limitations, the Sherdil starlet on her Twitter post interrogated Instagram why she is being restricted to raise a human rights issue and termed the social networking service as “evil”.

“@instagram you still haven’t answered my question. Why have you limited me on Instagram? You’ve tried to silence a human rights issue. Do you know how evil you look right now?” she wrote.

It is pertinent to mention here that the Janaan star had earlier tweeted about the censorship she has been facing on her social media accounts at the hand of social media giants for speaking out against the plight and cruelty in Indian held Kashmir.

The actress said that she is paying the price of speaking truth.

“As you know I’ve been speaking out in support of human rights in Kashmir. I knew the risks, I lost projects and now I’ve been censored and under threat of losing my social media accounts. This is the price for speaking out. I won’t stop so now who will stand with us?” She said. 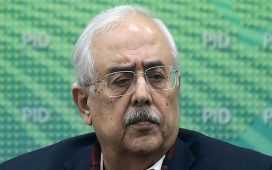 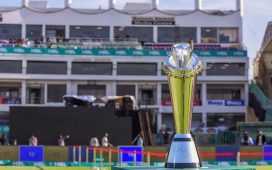 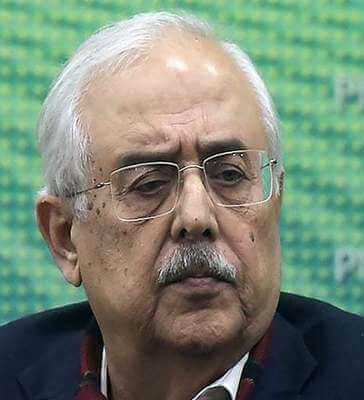