Beautiful Confessions Episode 4 with Asma Nabeel will melt your heart! 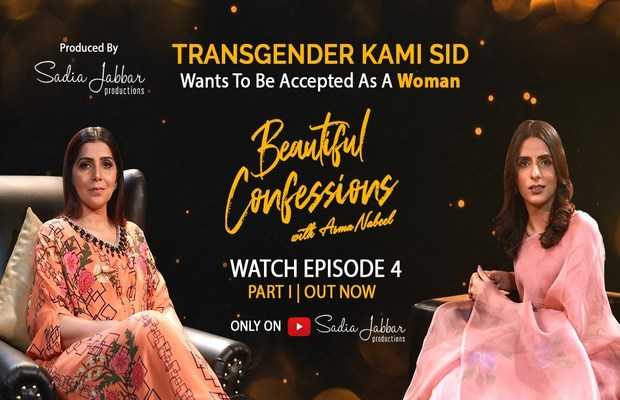 Although being the ‘Islamic Republic of Pakistan,’ our country is far from, if not the exact opposite of, the peaceful teachings that are the very foundation of our religion, Islam.

Episode 4 of Beautiful Confessions with Asma Nabeel features Kami Sid, a successful and independent transgender who shares her inspirational life story. As Kami continues to share the awful things she has had to face throughout her life, we realize just how messed up we are, as individuals, and as a society. Withholding what must be a river of tears, she tells us how her own family, instead of accepting and supporting her, rejected her completely when she first started to realize the changes in her body. She further elaborates on how her brother beat her up multiple times and the dreadful challenges she had to face once she had to leave home at a very young age due to societal pressure. 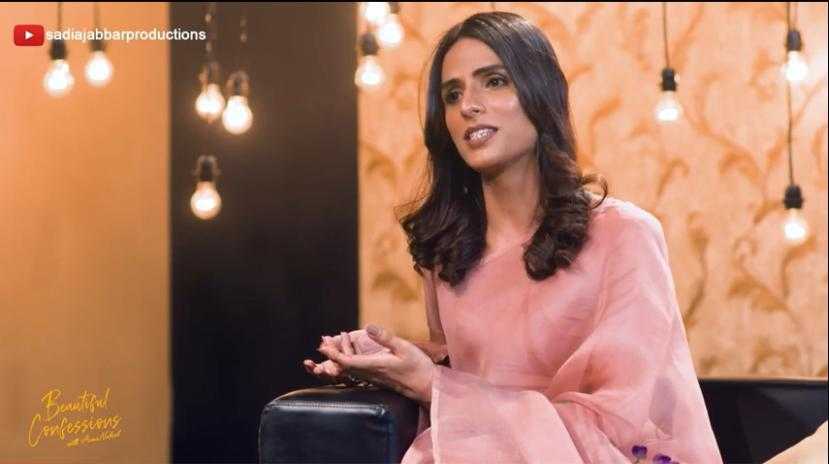 The worst part, after listening to Kami’s story, is that not only has this happened to just a single transgender but unfortunately, such is the case for all of them. Parents, from the moment they realize their child’s identity, reject their own offspring and do whatever it takes to deny the fact that their child is different -– to the point where some fathers have even heated up steel rods and pressed them against their transgender breasts in order to suppress them!

Throughout the episode, while mentioning the many obstacles a transgender has to face in the course of their lifetime, Kami highlights the root cause which breeds such hostile behaviour – a narrow-minded, extremist mindset with a huge problem with acceptability. This isn’t the first time someone has become victim to the suffocating concept of “log kia kahengey” in our society and to be frank, nor is it the last. Just thinking about all the damage these 3 simple words have done and continue to do to innocent, genuine people is enough to send chills down one’s bones. As Kami mentions, it’s the 21st century yet most people, even now, are still firm believers of that awfully restricting mindset.

Kami, furthermore, highlights how the media, too, plays a key role in the portrayal of transgender people. While the drama Alif, Allah Aur Insaan was among the very few to portray khwaja saras in a positive light, Kami mentions the case of Marvia Malik; the first-ever transgender to appear on-screen as a TV anchor. Although at first, that might seem like good news; our society finally changing, Kami clarifies how the news channel Marvia was approached by did so merely to increase its ratings and viewers by doing what our society does best, using people and making a scene. She then mentions something similar regarding talk shows which air usually around 10-11 pm which revolve mainly around making fun of and mocking transgenders and using that as a sick tactic to entertain themselves as well as others.

We, as a nation, a society, as Muslims and if not even that, then at least as fellow humans, desperately need to change our mindset and at least try to change that of those around us too. Change comes from none other than within which is why it is extremely essential for us to educate ourselves as well the young children in our homes on equality and the rights of others. The ones who call transgenders humiliating names such as “chakkas,” “hijras” etc weren’t born with such hostility rather they were born into homes where people instilled such awful values in them and as a result, they developed such an attitude.

Let’s make a promise today, to ourselves and to every living being, regardless of who or what they are. Let’s promise to change the way we ourselves think, to remove any thoughts of superiority and inferiority from our minds and see everyone as equally deserving of love and care. Let’s promise to speak up wherever and whenever we see an act of injustice taking place and do the best we can in order to stop it. Let’s treat others the way we would like to be treated.

Let’s keep reminding ourselves we don’t need to do big things in order to make a difference. It’s okay if we can’t all be part of amazing NGO’s that work day and night for the rights of others. These small gestures; condemning such behaviour and raising our voice against our family and friends when they make petty jokes about transgenders or clap out of mockery, go a long way and it is only when we speak up and not laugh along and ignore these incidents that we can truly bring about a change.