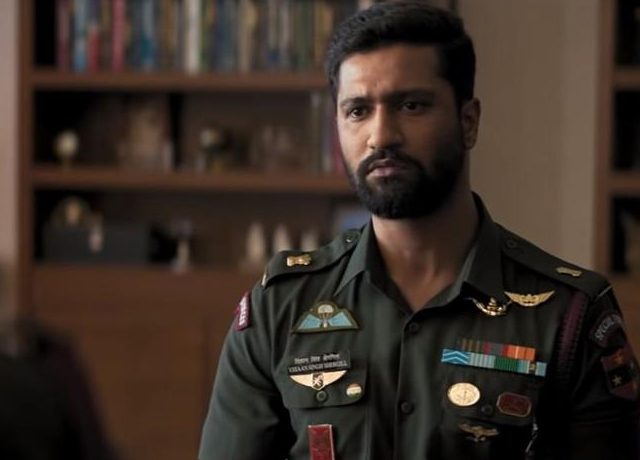 Last year, Vicky Kaushal played the role of a Pakistani Army officer in Meghna Gulzar’s film Raazi which was based on a reportedly true story of an Indian Kashmiri undercover agent. In his upcoming film Uri: The Surgical Strike, the actor will be seen playing the role of an Indian commando out for revenge. The film is based on the Indian Army’s 2016 surgical strikes across the border in retaliation for the Uri attack.

Speaking about the films, Vicky said both have a very different feel and texture. “In Raazi we were talking about humans on both sides of the border hence it was a completely different film. It was an operation based film but this film is about the Indian Army’s response to terrorism. There is a difference in the story and the texture of the film, if you are comparing the tonality of the film.”

The Uri attacks led to severe tension between India and Pakistan. Uri: The Surgical Strikes‘ director Aditya Dhar was supposed to begin a movie with Fawad Khan but had to hold it as 20 days before his film was to go on floors, the attack had happened and the Pakistani artistes had faced an unofficial ban.

In a recent interview, Vicky was asked about his take on the banning of the Pakistani artistes which was a result of the unfortunate event.

Vicky explained his opinion regarding the ban, saying,

“Jab yeh hua tha my mind was dilly-dally ki yaar yeh sahi hai ya galat hai. Kyunki, unhonein personally toh kuch nahin kiya. But, I used to feel how else to give a silent protest? How else?…How else? Ki aap bolo ki nahin hum nahin allow karenge taaki you go and question your own government. You go and question your siyaasat and administration that what are we doing? Why are we going so wrong? Or what is going on that we have to face this in our adjoining country? Mujhe woh bhi lagta tha but at the same time you feel ki, “How would an army person feel who’s lost his brother and then get to know that ki arey yaar ki somebody, like, my neighbour is going for a film of a person who’s belong…it’s sad that hes just an artiste, he is just a civiallian who probably loves Indian, who loves Pakistanis and Indians equally. We would love ki bhaichaara badhe and sab kuch sahi ho, ek doosre ke yahaan travel kare and sab kuch. Toh woh ek unfortunate feeling hai. But at the same time I would rather have that one army official feel, “Okay” and not feel unfair about it ki hum toh yaar kya kya kar rahe hain desh ke liye aur yahaan to ticketein bik rahi hain.”

Uri: The Surgical Strike is slated for a January 11 release. Watch the trailer below: